Thank you to our supporters!

On the weekend a new Government was elected in WA. We wanted to take a moment to reflect on what we have achieved with your help for the Kimberley, thank all our supporters and look at what's ahead.

Over the last year we have seen final plans published for three new Marine Parks at Horizontal Falls, Roebuck Bay and the North Kimberley. We have also seen a new Wilinggin National Park and the creation of the Walyarta Conservation Park. Over 500km of pristine coastline has been protected - one of the most significant achievements in conservation in Australia.

None of this would have been possible without Kimberley campaign supporters. The Government certainly took note of over 50,000 public submissions, and both the outgoing Premier and Environment Minister described their work on protecting the Kimberley as one of their proudest achievements in Government.

In the lead up to the election we also worked to secure the future of Kimberley conservation. We knew that despite the big achievements, the job of protecting the Kimberley coast was not yet finished. Important areas like the Buccaneer Archipelago and Adele Island were not protected, so we asked for commitments from all sides of politics to finish the protection of the Kimberley coast.

Thanks to the thousands of emails, phone calls and meetings with Kimberley supporters, and events like the Kimberley Short Film festival, candidates from all parties in electorates across Perth got the message that the Kimberley deserves protection and they need to finish the job!

The incoming Labor Government noted the strong case for finishing the job of protecting the Kimberley Coast. During the election they committed to: extending the Great Kimberley Marine Park into the Buccaneer Archipelago; creating a mosaic of National Parks; reviewing the Roebuck Bay Marine Park plan which still has no marine sanctuary zone; and to the protection and sustainable development of the Fitzroy River.

Soon the work will begin again, to make sure that protecting the Kimberley coast remains a high priority for the new Labor Government, but today we just wanted to say thank you to everyone for all that you have helped achieve for the Kimberley. Enjoy these photos of the highlights of this year and we look forward to more wins in the future! 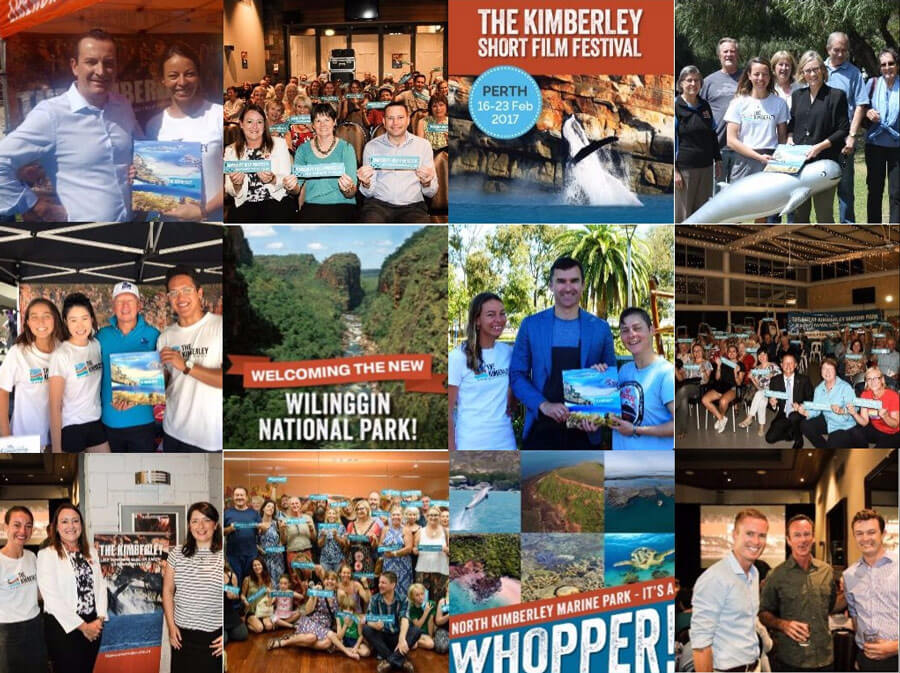