The Fitzroy is Western Australia’s largest river, stretching over 700km from the East Kimberley to the coast at King Sound. It has been National Heritage-listed for its outstanding cultural values.

The Fitzroy River supports a huge array of wildlife, including 18 species of fish found nowhere else in the world.  It is a critical breeding ground and nursery for the critically endangered Freshwater Sawfish.

Life on the River is unpredictable. When it rains, floods bring wetlands to life and restore the River. Between floods the River often stops flowing and animals hang on in permanent pools fed by underground water. In some years there are big floods, in other years there is almost no rain.

All river species rely on the permanent pools as well as the floods. Species such as Barramundi and Cherabin are subsistence foods for local people, and an essential part of the renowned recreational fishing experience.

The Fitzroy River flows out to the Kimberley Coast, the world’s most pristine tropical coastline.  A healthy River is essential for a healthy coast.

Indigenous people have lived along the Fitzroy for tens of thousands of years. The National Heritage listing celebrates the cultural value of the 'River of Life', with its four joined but distinct traditions of the Rainbow Serpent.

A RIVER UNDER THREAT

Proposals for dams and massive irrigated agriculture projects threaten to tip the balance on the Fitzroy River, as we have seen happen in the Murray Darling Basin.

Irrigation projects to take water from the Fitzroy River include 325 GL from Gina Rinehart’s Hancock Agriculture and 50 - 200 GL from the Harris family, who are Murray-Darling cotton farmers. In comparison, the whole of Perth and Southwest WA uses just over 200 GL of water each year.

Water would be extracted from the River and tributaries through pumps, channels, leaky weirs and stored in ring tanks and dams on the floodplains.

Multiple fish kills have occurred on the Fitzroy River in the one location where pumping of between 1 and 2 GL of water for irrigation occurs. In 2018, 46 endangered sawfish died upstream from irrigation infrastructure on Liveringa Station.

In a historical move, Traditional Owners from the Fitzroy Valley formed the Martuwarra Fitzroy River Council in 2018 in response to growing concerns over water extraction proposals from the River. 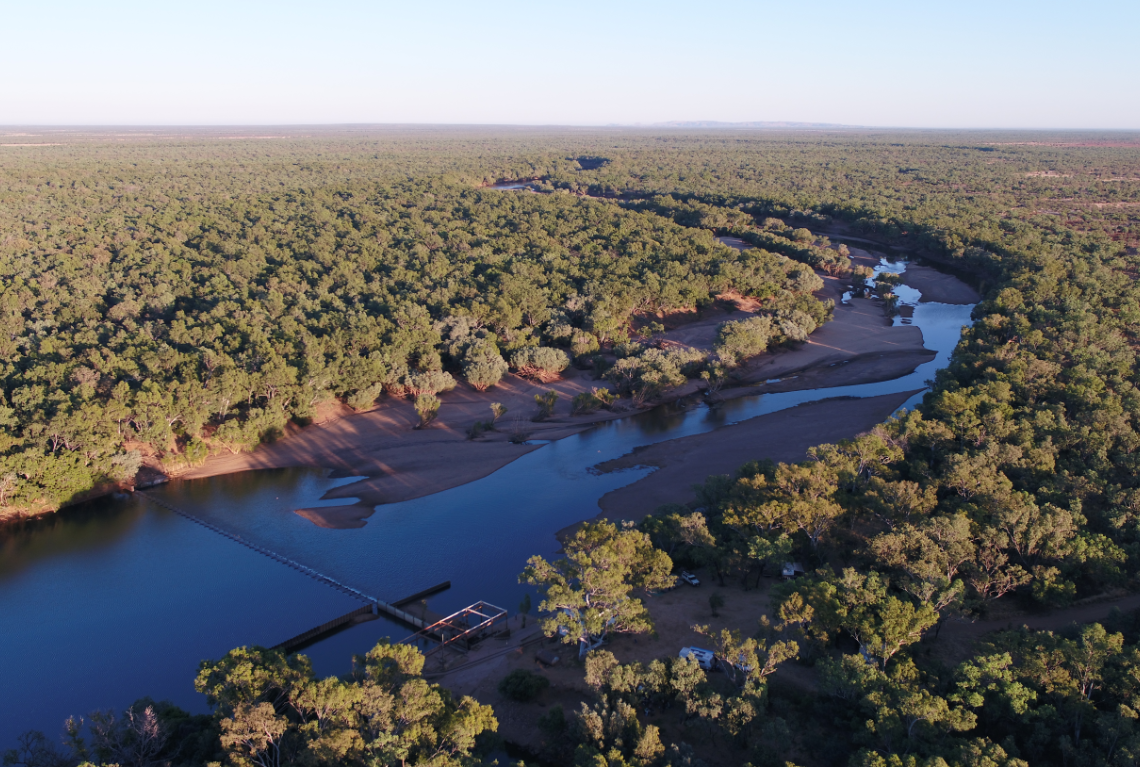 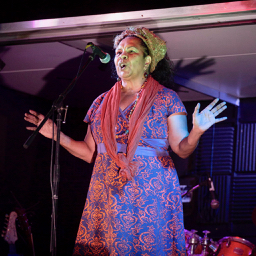 This is about all of us standing for the River - we are all connected to one living River system. This River has a right to life and we as people must stand and defend the Rivers right to life. Nyikina Mangala people are downstream and we are the ones who will be most impacted by what happens upstream. We must stand united. We need to stand together united, we need to stand together for the whole River. 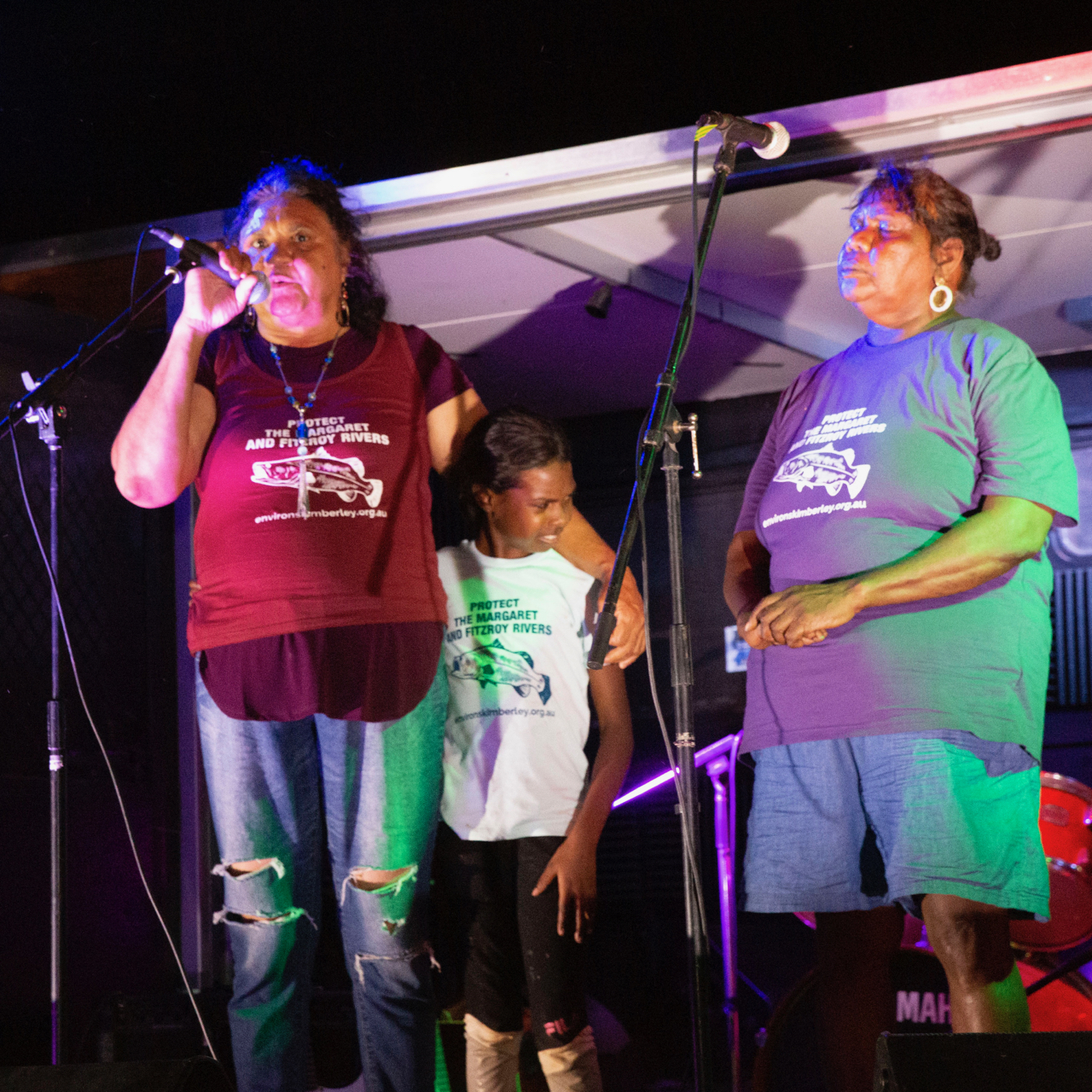 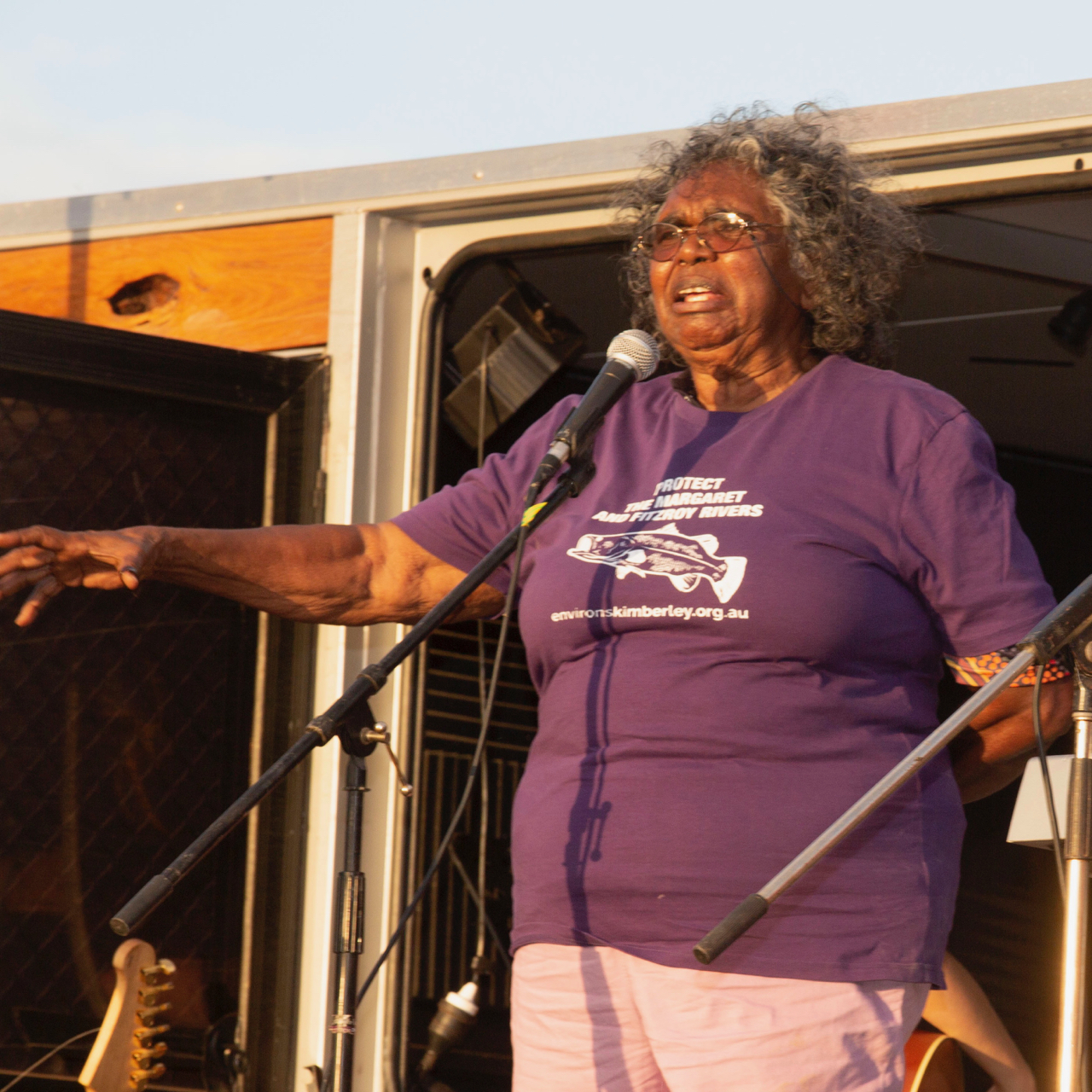 We are not going to allow people to take the water out of this River. We don’t want to see dead fish like the Murray Darling. We’ve got to stand up for the Fitzroy.