Good news! Today the WA Government has announced the creation of another new marine park in the Kimberley, and it is a whopper. The new North Kimberley Marine Park extends over nearly 19,000km2 making it by far the biggest marine park in WA. It includes some of the most pristine and remote waters of the Kimberley. The announcement was supported by Balanggarra Traditional Owners who will be among the Traditional Owner groups who will be joint managers of the marine park. The Government is still negotiating Indigenous Land Use Agreements for sections of the marine park with Wunambal Gaambera and  Miriwoong Gajerrong Traditional Owner groups.

This is a huge step towards the creation of a Great Kimberley Marine Park to rival the Great Barrier Reef. A big thank you to supporters who made one of the 16,000 submissions on the draft North Kimberley Marine Park! Your support has helped to ensure the final creation of large new marine sanctuary zones that will provide protection to important places like Long Reef and Cape Londonderry.

Our submissions also called for more controls on damaging commercial fishing like gillnetting.  As a result of your support and concerns raised by Traditional Owners and tourism operators, additional protection has been added that will give a big boost to wildlife and tourism.  We look forward to working with you to further this protection in the future.

Together we have achieved historic protection for the Kimberley this year. With the addition of Roebuck Bay, Horizontal Falls and the North Kimberley to existing parks at Camden Sound and Eighty Mile Beach, five marine parks have been added toward the vision of protecting the Kimberley Coast in a Great Kimberley Marine Park. On the adjacent land, new protected areas have been created at Eighty Mile Beach and Roebuck Bay adding to the 175,000 hectares of the Mitchell Plateau that was protected from mining in 2014.

We are closer than ever to seeing the Kimberley Coast protected, but we must ensure that the next government finishes the job, including adding icons like the Buccaneer Archipelago and Adele Island in the Great Kimberley Marine Park. At this election the future of the Kimberley coast remains in our hands - we need your help to keep the pressure on right up to the election in March. 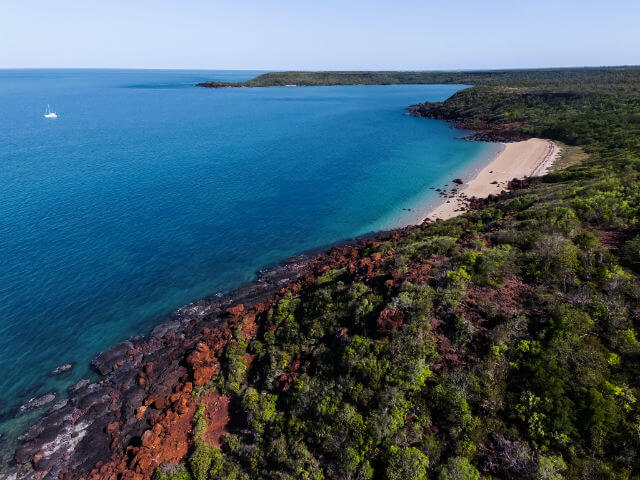