Threat to the Fitzroy River revealed

Last year news broke about the biggest new threat to the Fitzroy River - the planned massive dam and irrigation proposal on Gogo Station that had just been referred to the EPA.

Since then, we have obtained the full Business Plan for the project through Freedom of Information and it is much worse than we thought.

The original proposal was described by experts as “highly unlikely to be environmentally acceptable”. We have obtained the Business Plan for the project and it show that the proposal before the EPA is just ‘Stage 1’ of the project.  In the full business plan submitted to Government, the amount of land to be cleared is twice as much as originally thought.

The previously confidential Business Plan for Gogo Station also reveals twice as much water – up to 100 billion litres - would be taken from the Fitzroy. This is almost a quarter of the the entire volume of water in Sydney Harbour! Such a loss of water would risk the health and flow of the river.

Please add your voice to the growing number of people urging the state government to honour its election commitment to protect the Fitzroy River by contacting your local MP here.

The Business Plan also reveals massive amounts of fertilisers and herbicides would be used at Gogo Station - 260 44-gallon drums of herbicides and 30 road trains worth of fertiliser each year! One of the herbicides is Atrazine that has been banned in the EU from 2003 because of water contamination. Inevitably, some of these chemicals would end up in the Fitzroy River and the habitat of animals like sawfish and barramundi.

We think this kind of large scale industrial agriculture is the wrong type of development for the Fitzroy River. Instead, we need to protect the river and its sensitive floodplains as a last haven for sawfish. A scientifically robust buffer zone would ensure that economic development is built around the rivers natural assets and would work for its protection, rather than risking draining crucial habitats and polluting the river.

Please send a message to your MP and ask for their support in ensuring that the Fitzroy River, its outstanding environmental and cultural values, and critically endangered sawfish are properly protected for future generations. 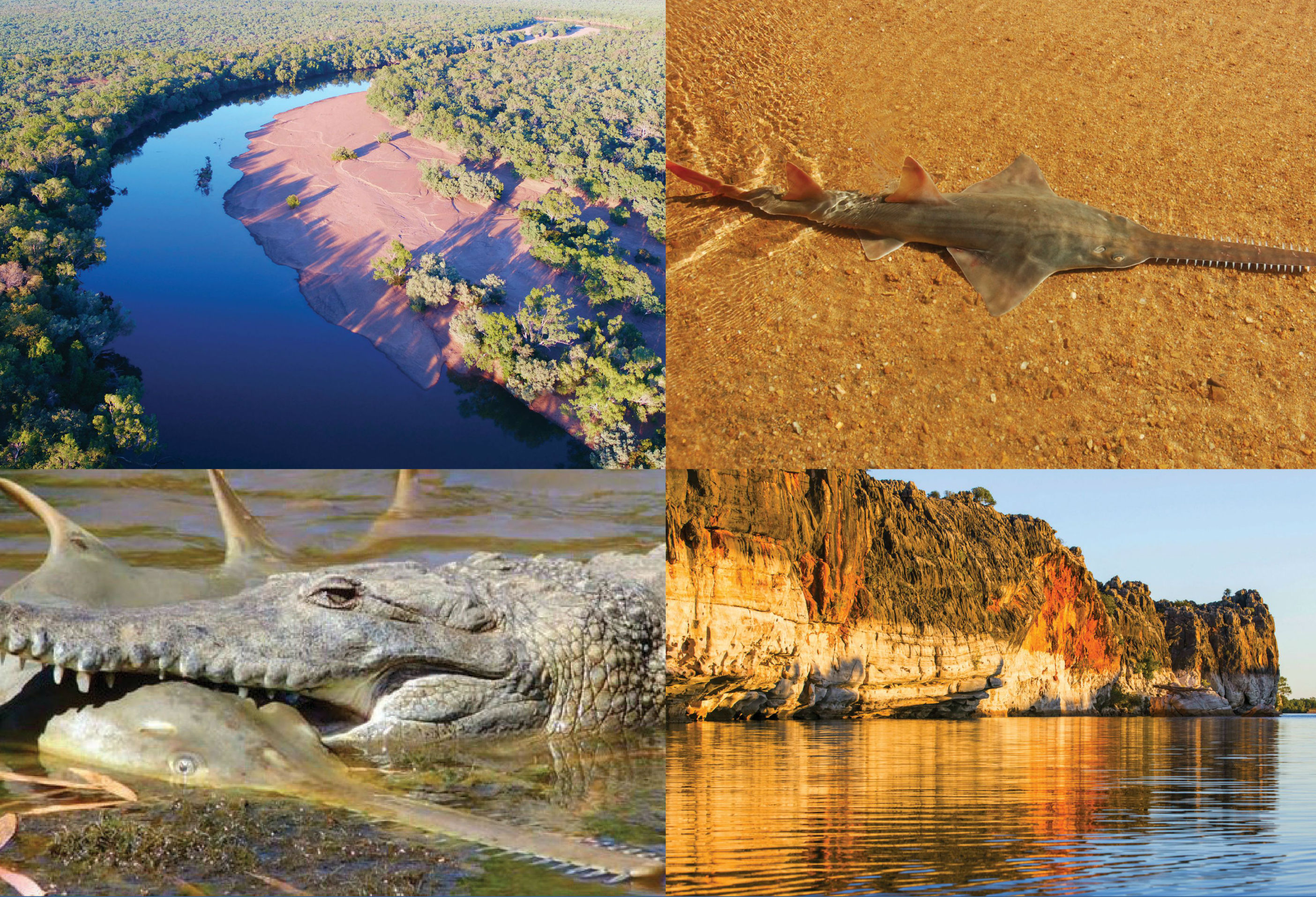