Fish of the Fitzroy River

'A Field Guide to the Freshwater Fishes of the Kimberley' was launched yesterday. This 262 page field book, with a foreword by Tim Winton, contains full colour illustrations and information on the fish fauna of the Kimberley.

It was a great launch event enjoyed by a diverse crowd of scientists, fishers, government representatives and interested individuals. Several Traditional Owners travelled down from the Kimberley to talk about their contributions to the book, including Nyikina Mangala rangers and Bunuba Traditional Owners Mary Aitkin and Patsy Shaw. Mary Aitkin launched the book with author Associate Professor David Morgan from Murdoch University. 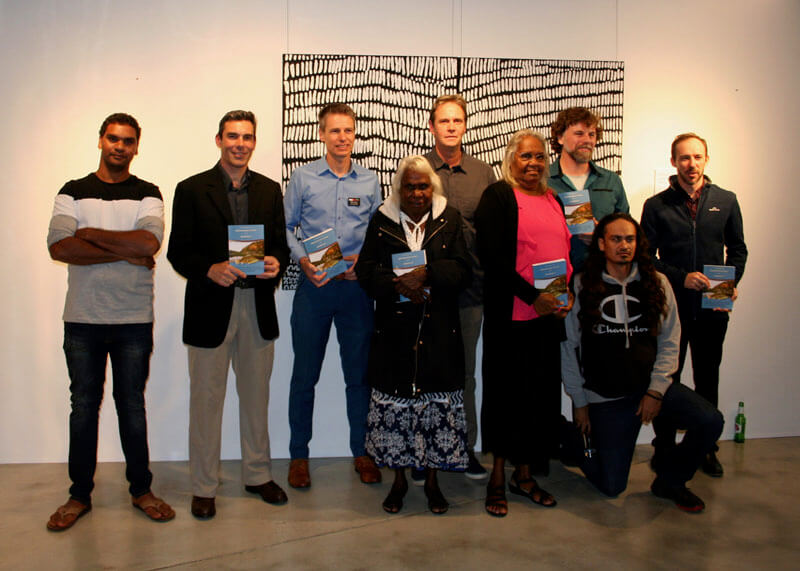 All the authors commented on the crucial contributions to their research that Indigenous Rangers and Traditional Owners provided, and on the extra depth that their cultural and environmental knowledge has added to the field guide.  The guide includes indigenous names for all species in a number of Kimberley indigenous languages and basic information on the culture and languages of the region.

Mary Aitkin also talked about the threat to the fish of the Fitzroy River from proposed developments and encouraged people to support Traditional Owners who are working to protect the river.

Thanks to the Field Guide, we've learnt a lot about Kimberley freshwater fish.  Here's ten fascinating fish found in the Fitzroy River: 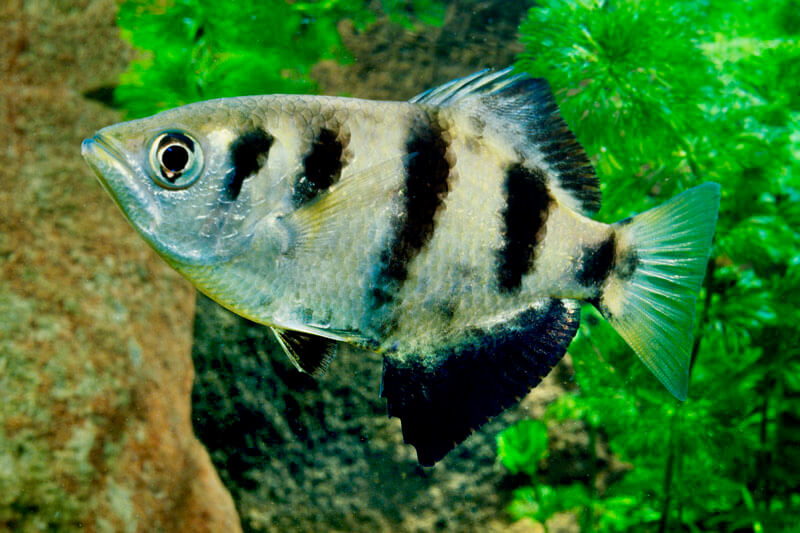 Found in refuge pools like Dimond Gorge, the Kimberley Archerfish exhibits a very skilful hunting method of spitting a jet of water at insects to knock them into the river! 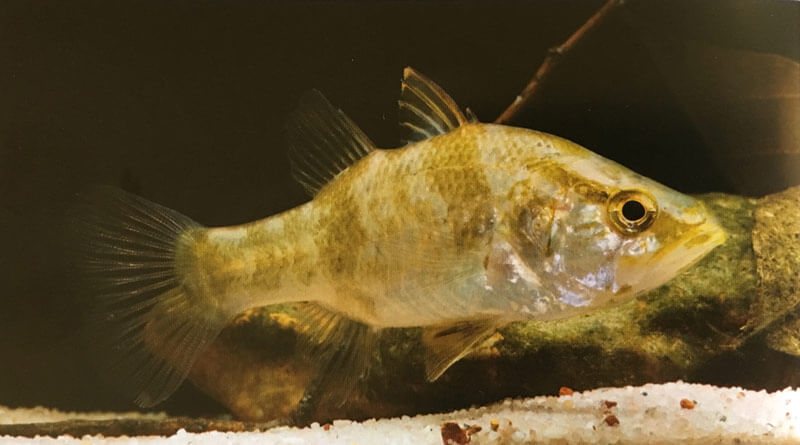 True to their name, this ambush predator has an extremely large mouth used to engulf any small fish or invertebrate that wanders too close. However, this cavernous mouth also has a gentler function. When breeding, it is the male that will take up the female’s sack of eggs and incubate them in his mouth. 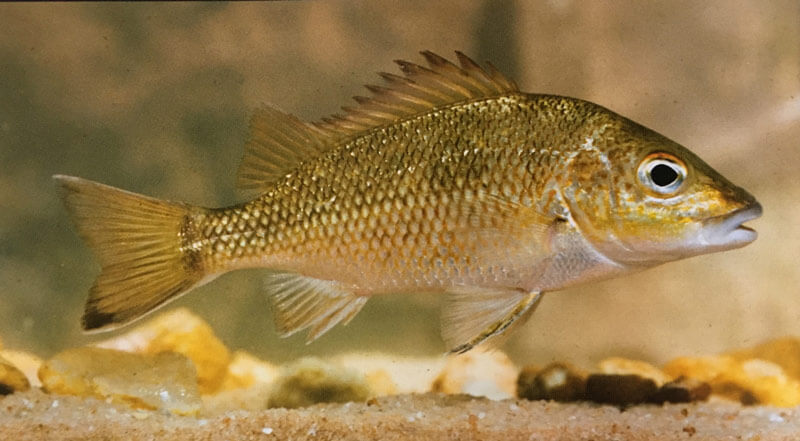 Grunters get their name from their ability to produce grunting noises using their modified swim bladders. Endemic to the West Kimberley, the Greenway's Grunter possesses a unique mouth adapted for scraping algae off hard surfaces such as rocks and logs. 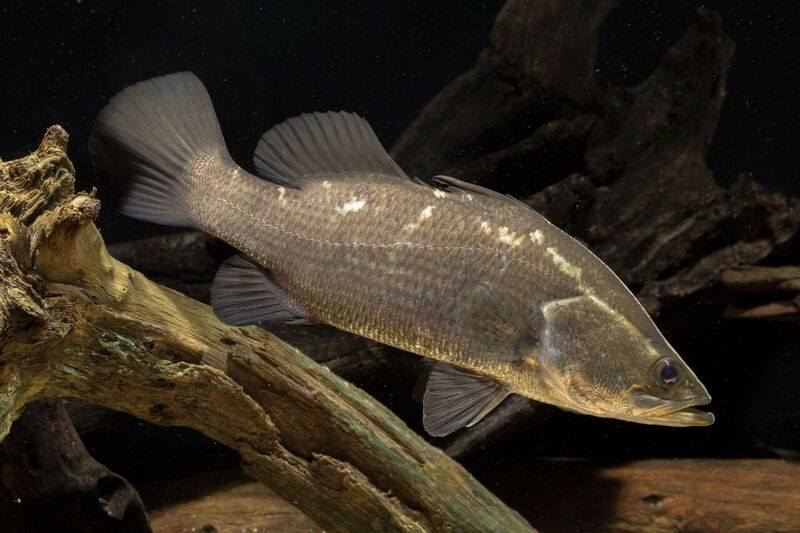 The icon of angler adventures, Barramundi are an extremely important fish both culturally and as the prized target of recreational fishers. Remarkably, they undergo a sex change, usually born male and becoming female after spawning. 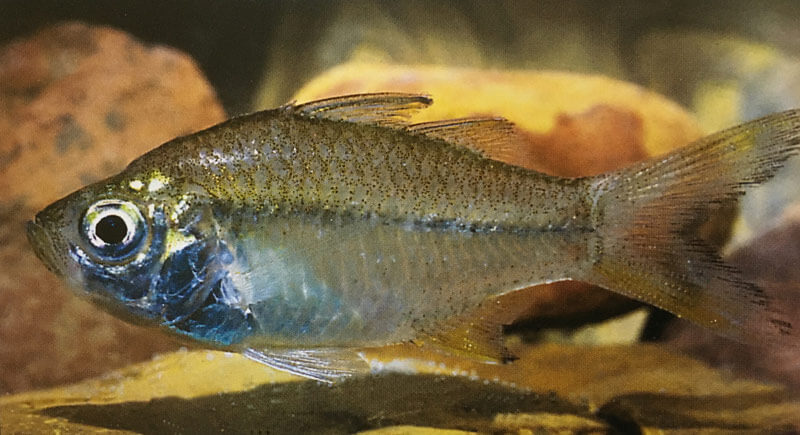 The Fitzroy River Glassfish are widely distributed downstream of Geikie (Darngku) Gorge, often occurring in large numbers. Like all glassfish, they take their common name from their near transparent body. 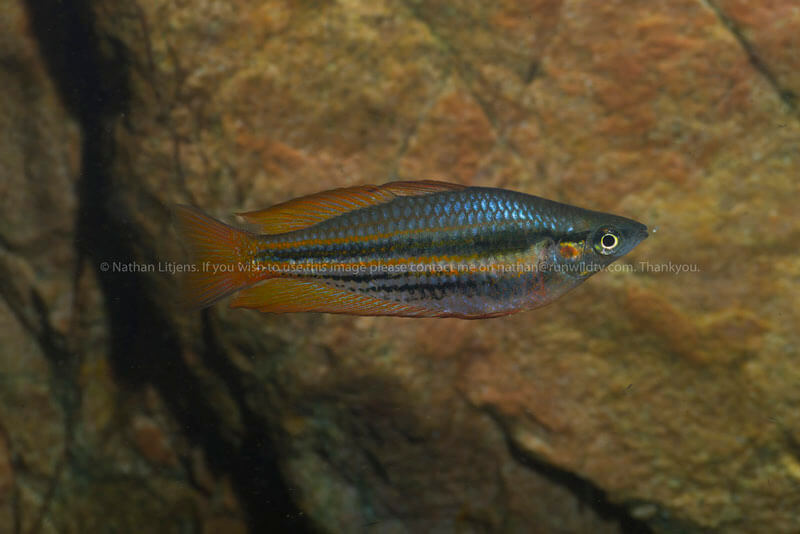 Widespread and abundant throughout the Kimberley, these colourful fish are popular in the aquarium trade and for hobby collectors.

Longtoms are a group of slender fish with long jaws and sharp teeth. The Freshwater Longtom is the only longtom that lives in freshwater. 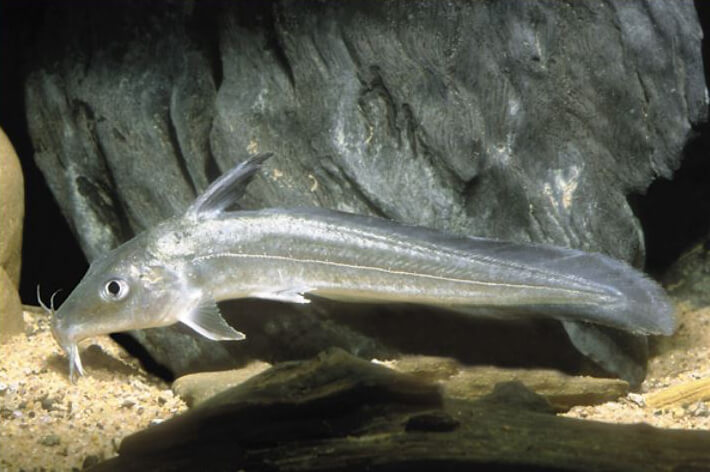 With a tapered tail more similar to that of an eel, plus venomous spines, the Toothless Catfish is one of the more peculiar fishes found in the Fitzroy River! 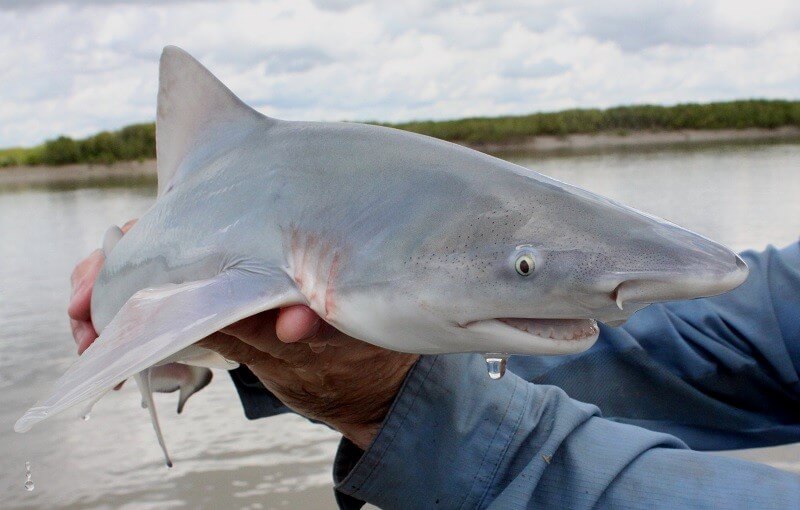 This is one of the world's rarest and most elusive fishes. The Northern River Shark is most commonly seen in tidal and highly turbid estuaries, such as King Sound, where it was first discovered in 2001. 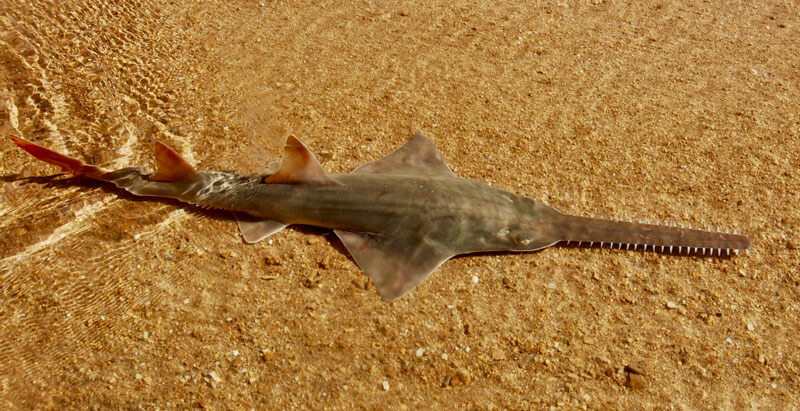 Sawfish get their name from their long snouts lined with sharp points. Their saws are part-weapon, for stunning fish and defending against predators – and part-sensor, for detecting the heartbeats of hidden prey. Sawfish are some of the largest fish (growing to 7 metres!) but also some of the most vulnerable to extinction. The Fitzroy River is the world’s last stronghold for the critically endangered Freshwater Sawfish.

Healthy river flow is considered the most important factor for the survival of freshwater fish that live in the Fitzroy River. It is vital the Fitzroy remains wild and unregulated, not modified by artificial barriers like dams and off take channels, or by water extraction, and that agricultural chemicals don't damage the fragile river ecosystem.

Please add your voice to the growing number urging the state government to honour its promise to protect the Fitzroy River. 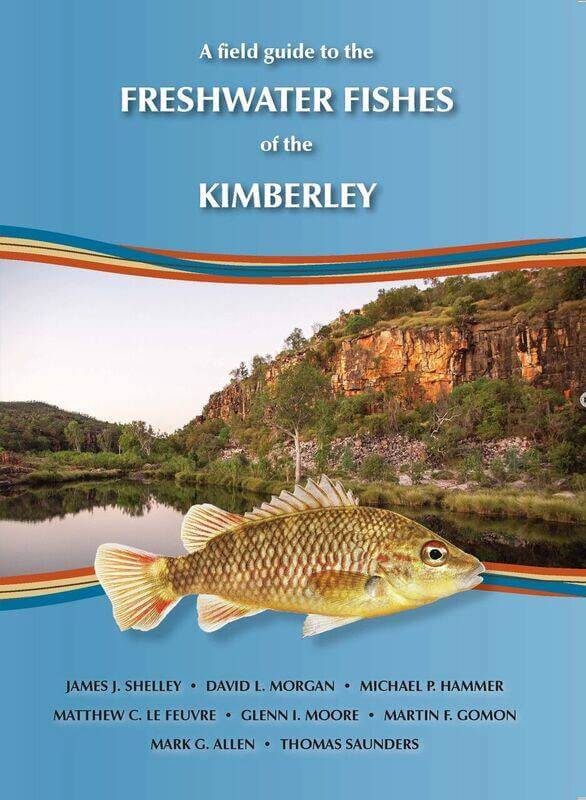