Demand Government investigate how 46 endangered sawfish became trapped and died in drying-out pools on the Fitzroy floodplain. Also to explain the decision to withhold the news of the mass death from the media & community! 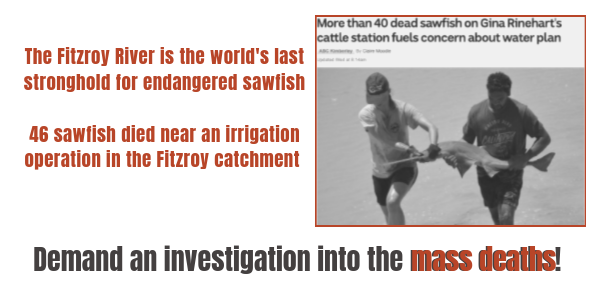