“I recall Roebuck Bay in the mid-1960s when I lived and worked in Derby. A group of us would occasionally drive down to Broome on the red gravel road to camp at Gantheaume Point or Cable Beach, where we walked, swam and fished. Shells were plentiful along the shoreline. We would drive across the track to Roebuck Bay and the sky was brilliant blue and the sea was aqua. The creation of marine parks in Australia and the need for environmental and marine protection is of enormous importance for future generations. It is essential for the designated Roebuck Bay Marine Park to contain a marine sanctuary zone.”

Every year, around 300,000 migratory shorebirds visit Roebuck Bay as they stop to feed and roost along the Kimberley coast. For this reason, Roebuck Bay is listed as internationally significant under the international Ramsar Convention.

The Kimberley is a refuge for both of Australia’s endemic dolphin species, the Australian snubfin dolphin and the Australian humpback dolphin. Roebuck Bay is also home to the second largest snubfin population in Australia.

A sanctuary zone as part of the Yawuru Nagulugun Roebuck Bay Marine Park would benefit Roebuck Bay’s recreational fishing for species such as mudcrabs and threadfin salmon.

In November 2016, the Barnett Government created the Yawuru Nagulagun Roebuck Bay Marine Park without a sanctuary zone, despite a strong campaign from supporters and the advice of leading scientists. One year later, the new Labor Government committed to undertake a science-based review of the Roebuck Bay Marine Park after their immediate priority to protect the Buccaneer Archipelago. The review for a sanctuary will not start immediately, so until it does we will keep raising awareness about the need for proper protection in Roebuck Bay. 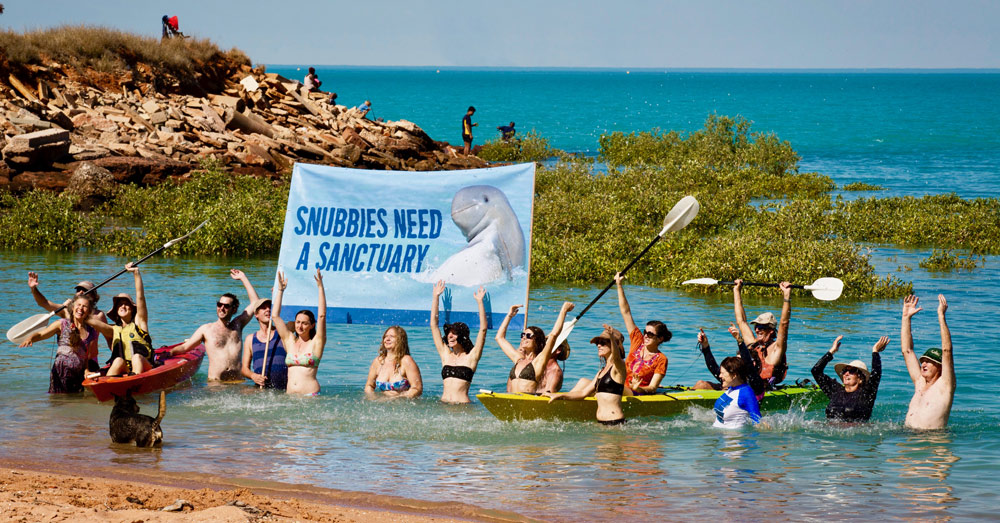