Traditional Owners deliver powerful statement to Premier over the Fitzroy

This was the bold headline of a a powerful statement from Fitzroy River Traditional Owners featured in today's edition of The West Australian. The statement calls for the WA Government to honour their commitment to work with them to protect the mighty Fitzroy River.

There are widespread concerns over proposals for large-scale water extraction, fracking and land clearing, and the decision process failing to properly engage with local Indigenous communities. 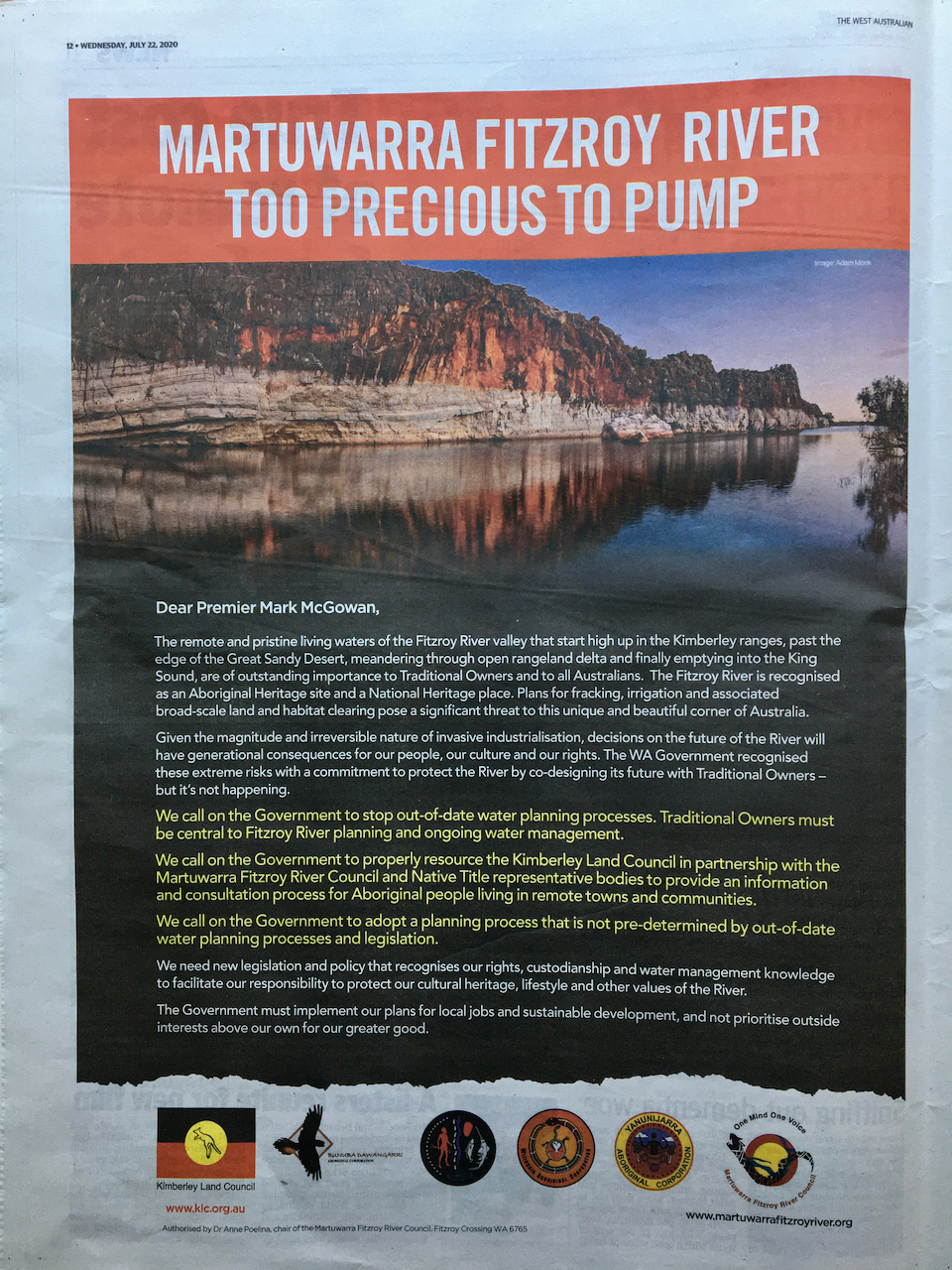 The living waters of the river and floodplains support culture, the livelihoods of thousands of people, tourism, fishing, and rare wildlife such as the critically endangered freshwater sawfish.

“The Fitzroy River is recognised as an Aboriginal Heritage site and has received National Heritage listing for its cultural and environmental value. We have serious concerns that decisions being made on the future of the River could have generational consequences for our people, our culture and our rights.”  - Martuwarra Fitzroy River Council Chair Dr Anne Poelina.

Decisions on the future of the Fitzroy River have to be made with the Traditional Owners at the forefront, who have been custodians of the river for millennia and are calling for it to be protected.