Phone the Premier before it's too late!

A decision on the future of the Martuwarra Fitzroy River will soon be made. Now more than ever it is crucial that Premier McGowan knows just how important the Martuwarra is to West Australians.

Will you stand up to protect the Martuwarra Fitzroy River and make a call to the Premier? It's a quick and very effective way of sharing a message.

Click on (08) 6552 5000 to get directed to one of the Premier's staff members, who will note down your message and pass it on to the Premier.

Keep your phone call courteous and to the point, here's some tips for when making your call: 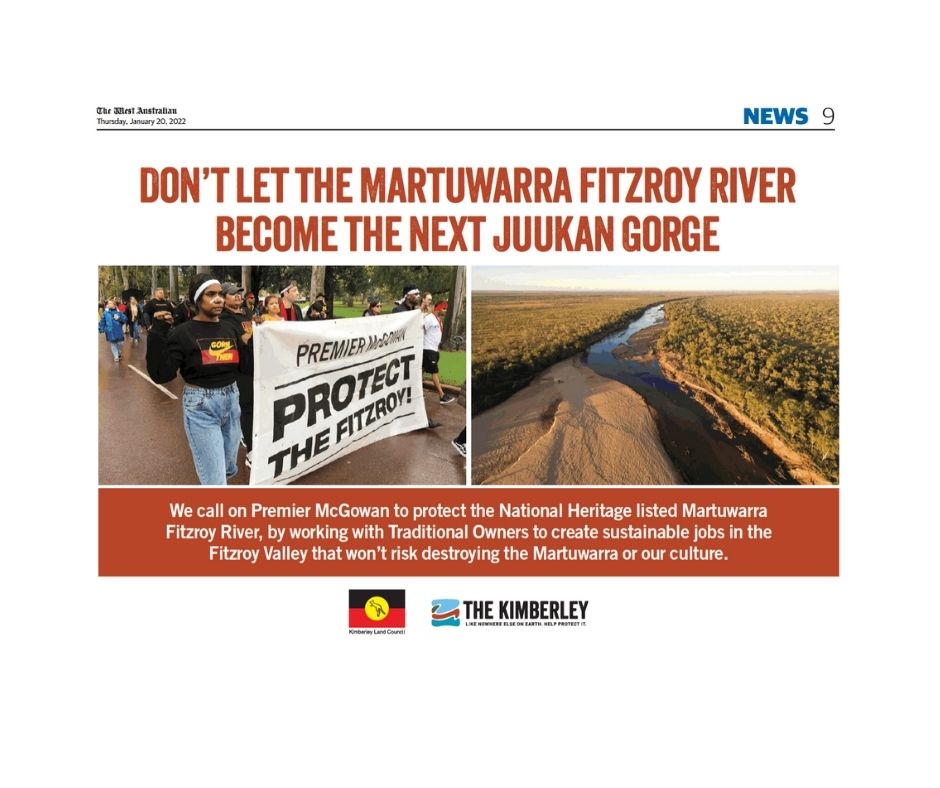 How did your call go?