Today, Gooniyandi Traditional Owners and the WA Government announced the creation of the Warlibirri National Park on Gooniyandi Country in the Fitzroy Valley!

This is a historic achievement by Gooniyandi people and the first major milestone in the delivery of the McGowan Government’s election commitments to create the Fitzroy River National Park.

The Warlibirri National Park will protect parts of the Fitzroy Valley near Fitzroy Crossing, where the Margaret River flows out from the spectacular Margaret Gorge and Mueller Ranges.

Today we congratulate Gooniyandi Traditional Owners for working with the WA Government to create this new national park – help celebrate this win and send your support. 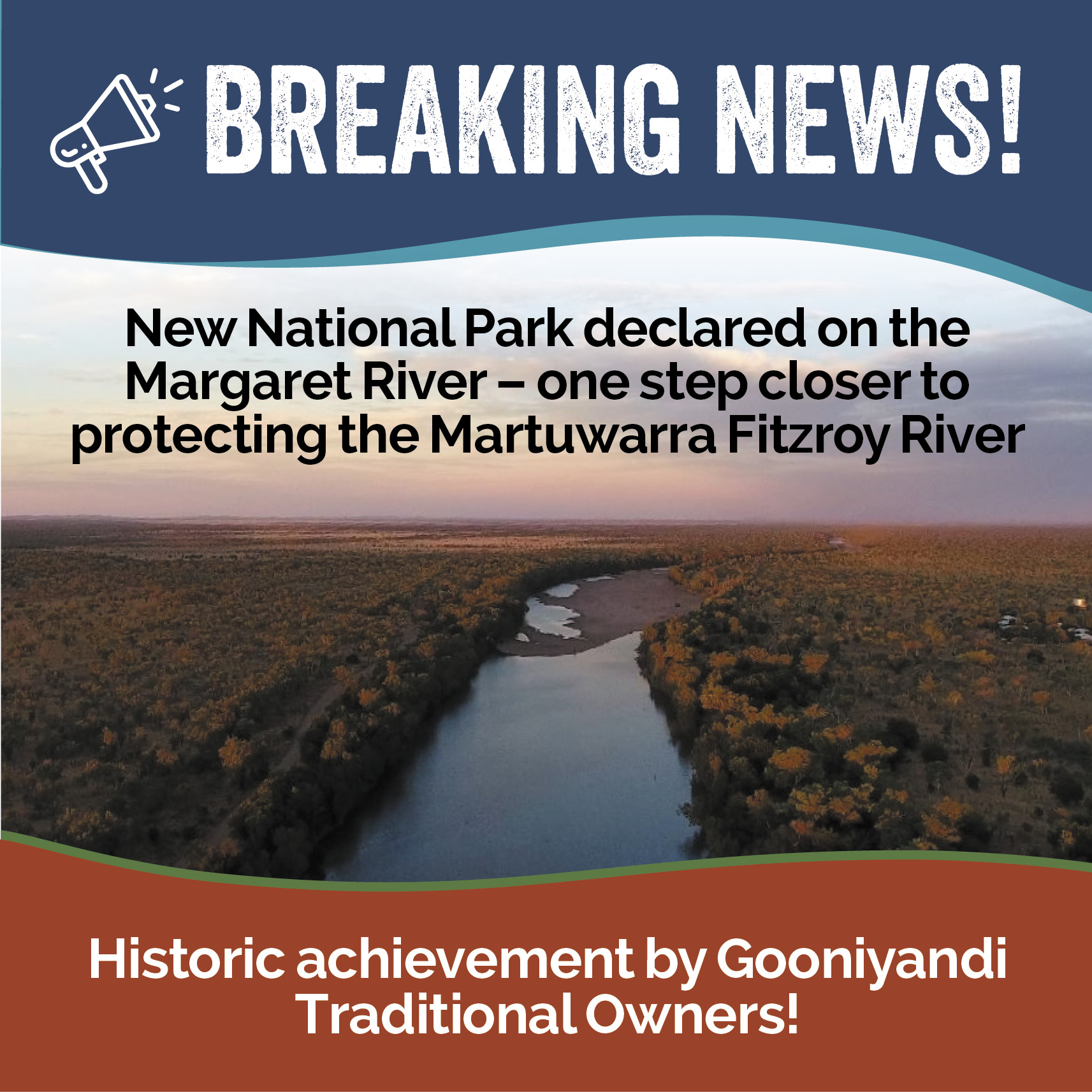 Today's announcement has been years in the making and is a huge win for people and nature along the Margaret and Martuwarra Rivers. Gooniyandi Traditional Owners have been working to protect the Margaret Gorge from dams for more than 25 years, and their determination has led to this new national park!

However, irrigation proposals still threaten parts of the Martuwarra Fitzroy River that are not protected by this new national park.

It’s thanks to our amazing supporters that we have helped achieve this milestone for the Fitzroy Valley.

We will continue to fight for further protection for the mighty Martuwarra Fitzroy River and we know with you walking beside us, we can make it happen!