Traditional Owners from the Kimberley stood on the steps of Parliament House yesterday, calling for the WA Government to protect Aboriginal Heritage and the mighty Martuwarra Fitzroy River.

It was powerful to watch as Traditional Owners at the snap demonstration asked for the government to stand with Aboriginal people to protect culture and heritage.

“We are here to bring more awareness about the Fitzroy River. Traditional Owners have never consented to the extraction of water from the Fitzroy. It’s been nationally heritage listed - recognised for its indigenous cultural values,”

“Irreversible damage will happen if we start extracting water from there. No one understands the ripple effect and the effect that it will have on Traditional Owners on the River.”

We brought our spectacular seven-metre replica of the critically endangered freshwater sawfish to Parliament House, which made quite a statement being carried through West Perth. 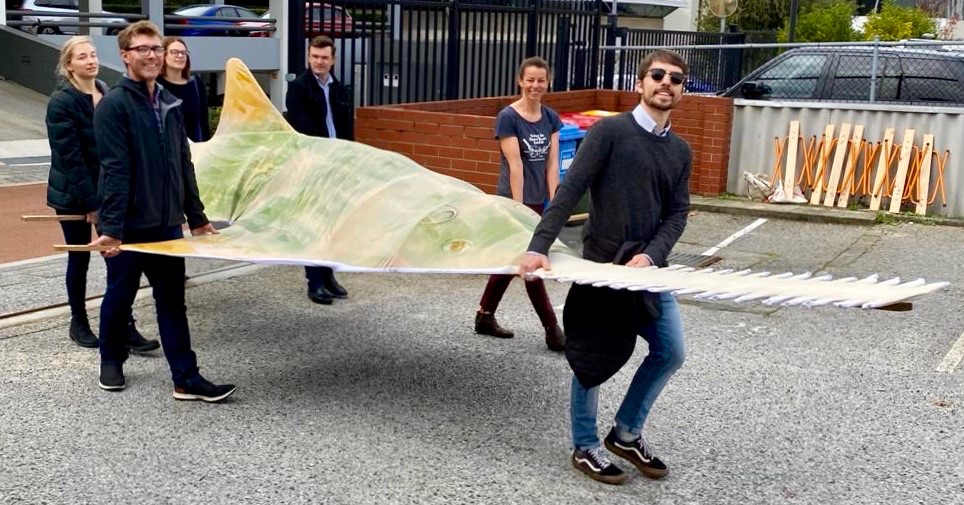 Thank you to our passionate supporters who attended the impromptu event and who continue to fight for the mighty Martuwarra. If you'd like to continue to help, share this link here with your friends and family and ask them to help protect the Fitzroy River.