Back by popular demand!

Following the success of our summer screenings, we recently took the Kimberley Short film Festival out on tour to four new locations across Perth.

Returning by popular demand, the festival visited Baldivis, Scarborough, Bassendean and Fremantle during May and June. It was a fantastic opportunity to showcase the films to new audiences in Baldivis and Bassendean and also to re-connect with passionate Kimberley supporters in Scarborough. The finale took place in Fremantle where over 120 enthusiastic locals packed out Little Creatures Nextdoor for a sold-out and lively last screening. 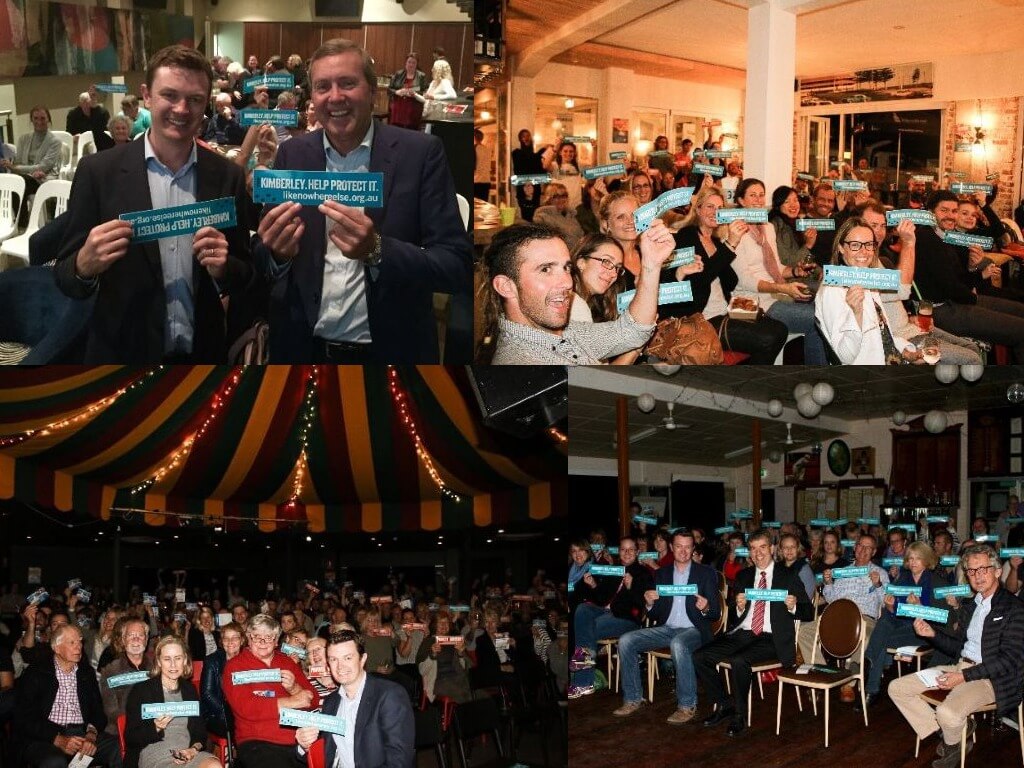 Thank you so much to the 1300 supporters who have joined us for the Kimberley Short Film Festival over ten screenings across Perth and in Broome. It’s been an absolute pleasure to meet you and hear your Kimberley stories - about why you love it and want to protect it.

Whilst we’ve heard about many different kinds of Kimberley connections, from those who were born there, lived there, travelled there or just love to see pictures and films of it, the theme running through is the enthusiasm and passion for protecting this amazing place.

Lots of you have asked for more films from and about the Kimberley, so perhaps we can make the Kimberley short Film Festival an annual event! ;) In the meantime, you can relive a few favourite moments with this selection of clips from the festival.