Thanks to an outstanding response to our Kimberley petition we have just finished handing over hundreds of signatures of support for protecting the Kimberley Coast to key MPs across Perth. 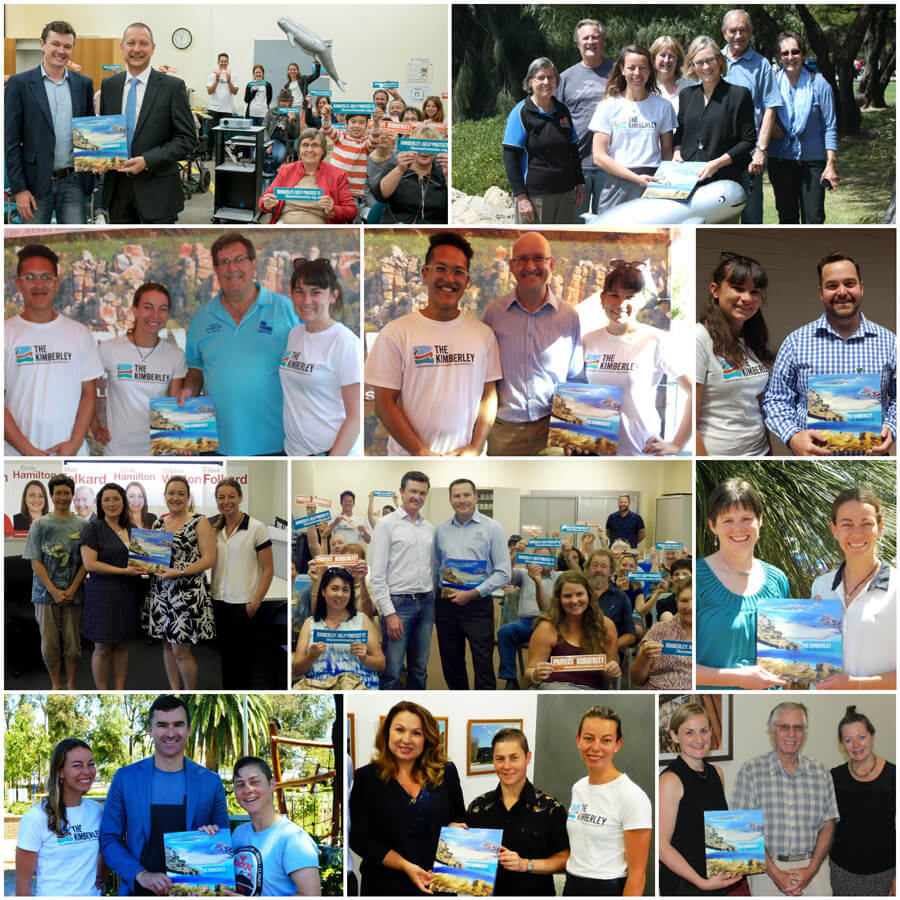 We have had great feedback from MPs and candidates from across the political spectrum. The MPs and candidates featured from left to right and top to bottom are Matt Taylor and Lisa O’Malley from the new seat of Bicton, Hon. Michael Sutherland, Simon Millman and Matthew Roberts from Mount Lawley, Emily Hamilton, Jan Norberger and Lisa Webb from Joondalup, John Carey and Eleni Evangel from Perth and Hon. Amber-Jade Sanderson candidate for Morley.

We’d like to thank all the supporters who signed the petition, came to our dolphin events and particularly supporters Jennie, Thelma & Tony, Linda & Steve, Helen, Michele, Casey, Eric and Melanie who attended meetings. A special thanks to Dr Simon Allen who gave great presentations on the dolphins of the Kimberley in Bicton and Joondalup.

MPs and candidates were also given a beautiful photo book celebrating the achievements so far and outlining the work still needed to protect the Kimberley Coast. You can view the photo book here.