The inspiring bipartisan support to create the Great Kimberley Marine Park was on bold display in a two-page spread in the weekend’s West Australian.

Stretching from the Northern Territory border to the pristine waters of Camden Sound, the ambitious conservation project, the Great Kimberley Marine Park, will stretch across more than 3.1 million hectares of spectacular coastline across the top of WA once complete.

That’s the entire size of Belgium, or more than 160,000 Optus Stadiums.

And while declaring such a pristine section of our nation’s precious coastline as a marine park sounds like it should be as easy as simply signing a quick Bill into law, it’s a process that has taken more than 10 years to come to fruition — and it isn’t quite done yet.

It is hoped the final move will make it one of Australia’s biggest marine parks — second only to the Great Barrier Reef — and protect forever not only the astonishing flora and fauna indigenous to the area, but also its already-flourishing and continuously growing reputation as a world-class ecotourism destination. 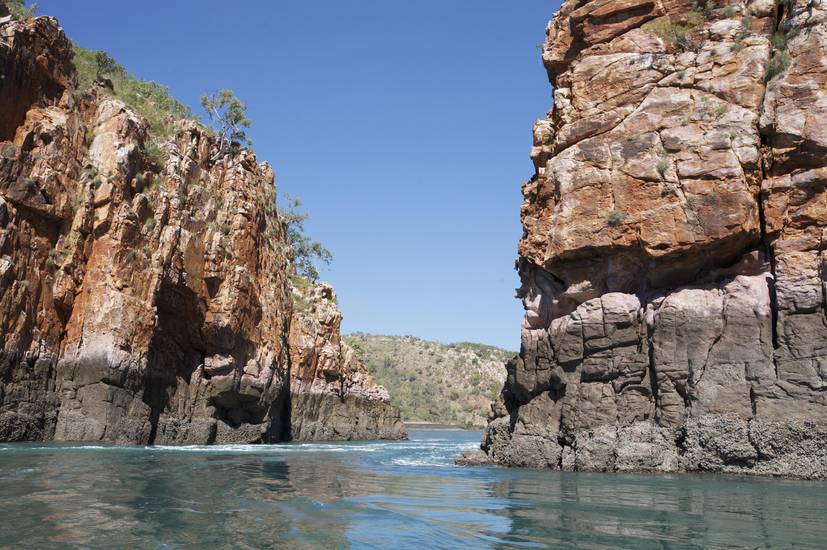 When then-State premier Colin Barnett announced a plan in 2010 to protect the Kimberley coast, he said the main driver for the Great Kimberley Marine Park was conservation and protection of biodiversity, along with opening those areas for people to visit and learn more about the area.

Recognised as the last intact tropical coastline left on the planet, the Kimberley coastline is not only vast, it’s also truly spectacular.

Some of the natural wonders found within the Great Kimberley Marine Park include Horizontal Falls, the Waterfall Reef found off the coast of Cygnet Bay, Adele Island, and Bedford Island.

New research by The Pew Charitable Trusts has this month revealed the coastline is home to more than 400 species of coral, including formations not found anywhere else in the world.

And it’s not just about protecting our natural environment.

In recent months, the region’s potential as a tourist destination has proven to be an important part of reviving WA’s economy during the recovery from the COVID-19 pandemic.

Local tourism operators such as Go Horizontal Falls and the Cygnet Bay Pearl Farm have been reaping the benefits of an influx of WA tourists flocking to the Kimberley to experience all its natural wonders, resulting in sell-out bookings for an extended tourist season.

“Seeing so many people wanting to come up here and learn more about Horizontal Falls and the Buccaneer Archipelago has been wonderful,” she said.

“It has certainly been keeping us busy over the past few months and given us plenty of optimism when we thought we wouldn’t be able to operate this year.” 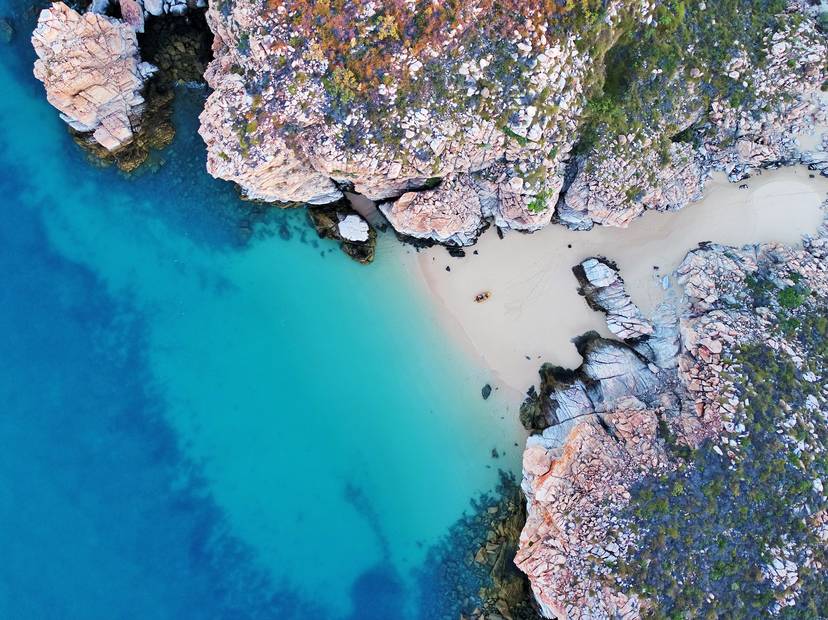 How does it work?

With such a vast amount of land given the protection of a marine park — an area where government places limits on human activity — the idea is the many marine habitats and species that live within the area are conserved.

While the main caretakers of the marine parks work for the Department of Biodiversity, Conservation and Attractions’ Parks and Wildlife Service, they cannot do it alone.

The caretakers collaborate with Indigenous rangers who use cultural knowledge of the area to give guidelines to look after any species while keeping cultural significance in mind.

The collaboration between Indigenous rangers and the department has been taking place over the past two decades in a bid to actively engage traditional owners in jointly managing marine parks and conservation reserves.

The Kimberley region was one of the first areas to enter into formal joint management arrangements, and continues to lead the way with nine agreements as of February 2019.

Bardi Jawi Rangers Men’s co-ordinator Phillip “Bibido” McCarthy said rangers had been working closely with researchers for a number of years to manage the coral species and marine life to ensure they remained for future generations.

“We always make sure we monitor the things that are important for our culture, our future and for the wider community such as the coral and fish and turtles,” Mr McCarthy said.

“We had about four teams research the health of our coral, how they’ve been growing, and how tough they are. When we work with the researchers, they bring the scientific knowledge and we bring in the cultural knowledge, and it has become a friendly exchange between ourselves and the researchers.”

Because the marine park sets out to protect and conserve what is in the area, limits can be placed on human activity such as fishing and mining.

The tours typically welcome thousands of visitors each year during the Kimberley’s peak tourist season between May and October. 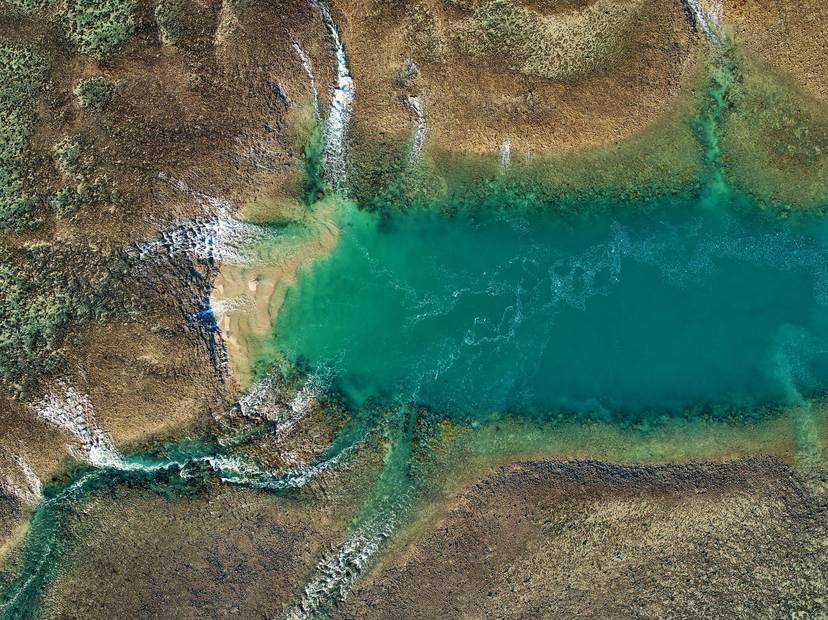 The process so far

Formally announced in late 2016 and due for completion in 2021, the Great Kimberley Marine Park spans the Kimberley coast from the Northern Territory border down to the humpback whale nursery that is Camden Sound.

The park plan was the centrepiece of the Kimberley Science and Conservation Strategy and was initially expected to be complete by 2018.

At the time, $15 million was invested into the project from Royalties for Regions to “establish and manage the Horizontal Falls and North Kimberley marine parks within the system”.

But the beginnings of the Great Kimberley Marine Park date back to 1990, when the Rowley Shoals Marine Park was first gazetted.

It was not until 2012 that the next marine park in the region was announced, with Camden Sound gazetted, followed by Eighty Mile Beach in 2013, then Roebuck Bay, Horizontal Falls and North Kimberley Marine Park in 2016.

In 2017, the incoming McGowan Government committed to include the thousand islands of the Buccaneer Archipelago within the Great Kimberley Marine Park — the final piece of the protection puzzle.

The Kimberley — Like Nowhere Else Alliance campaign co-ordinator Monique Barker said the group had long been lobbying for the region’s spectacular coastline to be protected within a marine park, and it was great to see how far the plans had come in the past decade.

“The Great Kimberley Marine Park is one of the biggest conservation projects ever undertaken in Western Australia and has delivered unprecedented protection for the Kimberley’s unique natural assets,” she said.

“It is a significant milestone for conservation, providing durable environmental protection for the Kimberley coast, and it will boost the already booming eco-tourism industry and support opportunities for science, culture and conservation enterprises.”

“(The department) is negotiating with the three traditional owner groups — Dambimangari, Mayala and Bardi Jawi — to co-design the marine park,” Mr Dawson said.

“If negotiations around the creation of the proposed Buccaneer Archipelago Marine Park are successful, WA will have a continuous series of marine parks from the Dampier Peninsula along the North Kimberley coast all the way to the WA-NT border.”

Just this month, scientists added another compelling argument for the need to protect the Kimberley coast.

A report looking at coral reefs in the region found Kimberley corals had adapted to thrive in extreme environmental conditions, including high temperatures, wind and sun exposure, making them some of the most robust and resilient coral communities known to science.

But the researchers also gave a warning.

Pew Charitable Trusts Outback to Oceans WA manager and co-author of the report Coral Reefs in the Kimberley Adapt to Survive, Tim Nicol, said despite the corals’ hardiness, there were still concerns about bleaching.

“Despite being among the toughest coral reefs in the world, recent bleaching events have shown that even the Kimberley’s corals are not immune to the effects of climate change,” he said.

“The need to protect them is more important than ever.

“The Great Kimberley Marine Park and the outstanding work of Indigenous Sea Rangers are working hand-in-hand to make these reefs healthy and resilient in the future, ensuring we can continue to visit and enjoy them.”

Mr McCarthy echoed the sentiments, saying it was important to protect the many species within the Great Kimberley Marine Park so future generations could continue looking after them.

The original article can be viewed behind a paywall here 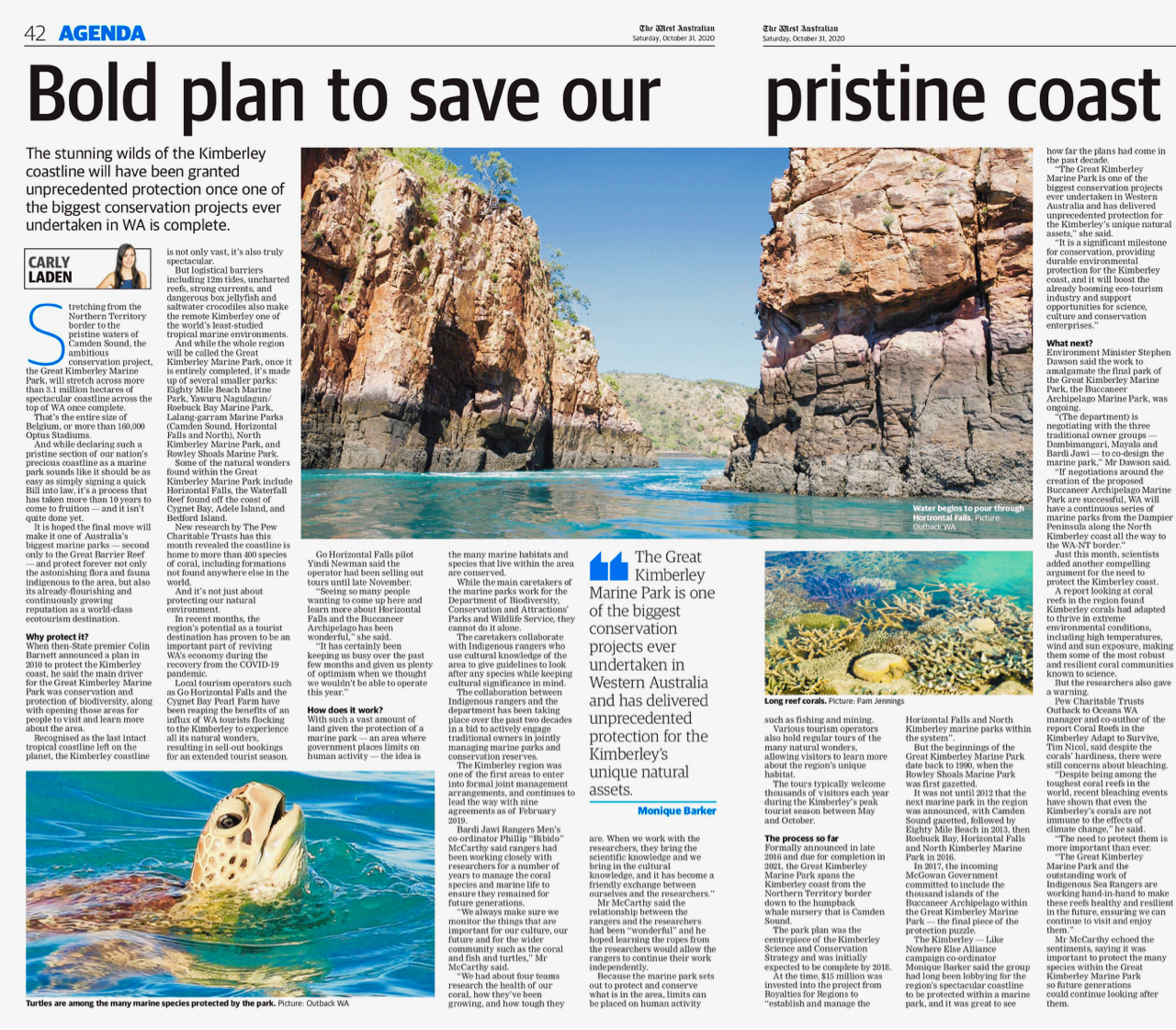