On International Sawfish Day, we celebrated just how important the Kimberley’s Fitzroy River is for the survival of critically-endangered sawfish by bringing a massive Sawfish to Parliament House!

WA Parliament House was treated to the sight of a seven-metre long Sawfish model that was custom-built for the occasion and garnered media attention. 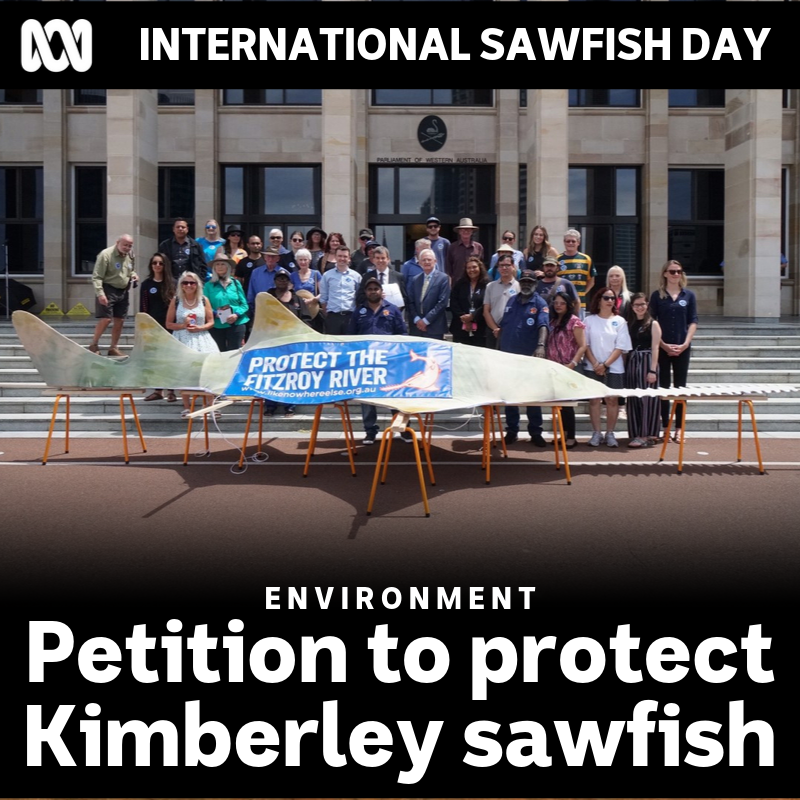 “We brought a seven-metre sawfish model to WA Parliament to demonstrate the spectacular size sawfish can grow to if they survive the threats from irrigation development, habitat destruction and climate change. The Fitzroy provides vital habitat to the world’s most important population of Freshwater Sawfish,” Monique Barker from The Kimberley Like Nowhere Else said.

Sawfish are critically-endangered and have disappeared from more than 70% of their global range. The Fitzroy River is their last stronghold and crucial for their survival.

In December 2018, the mass death of over 40 sawfish was reported on Gina Rinehart's Liveringa Station in the lower reaches of Fitzroy River. The shocking incident made national and international news. 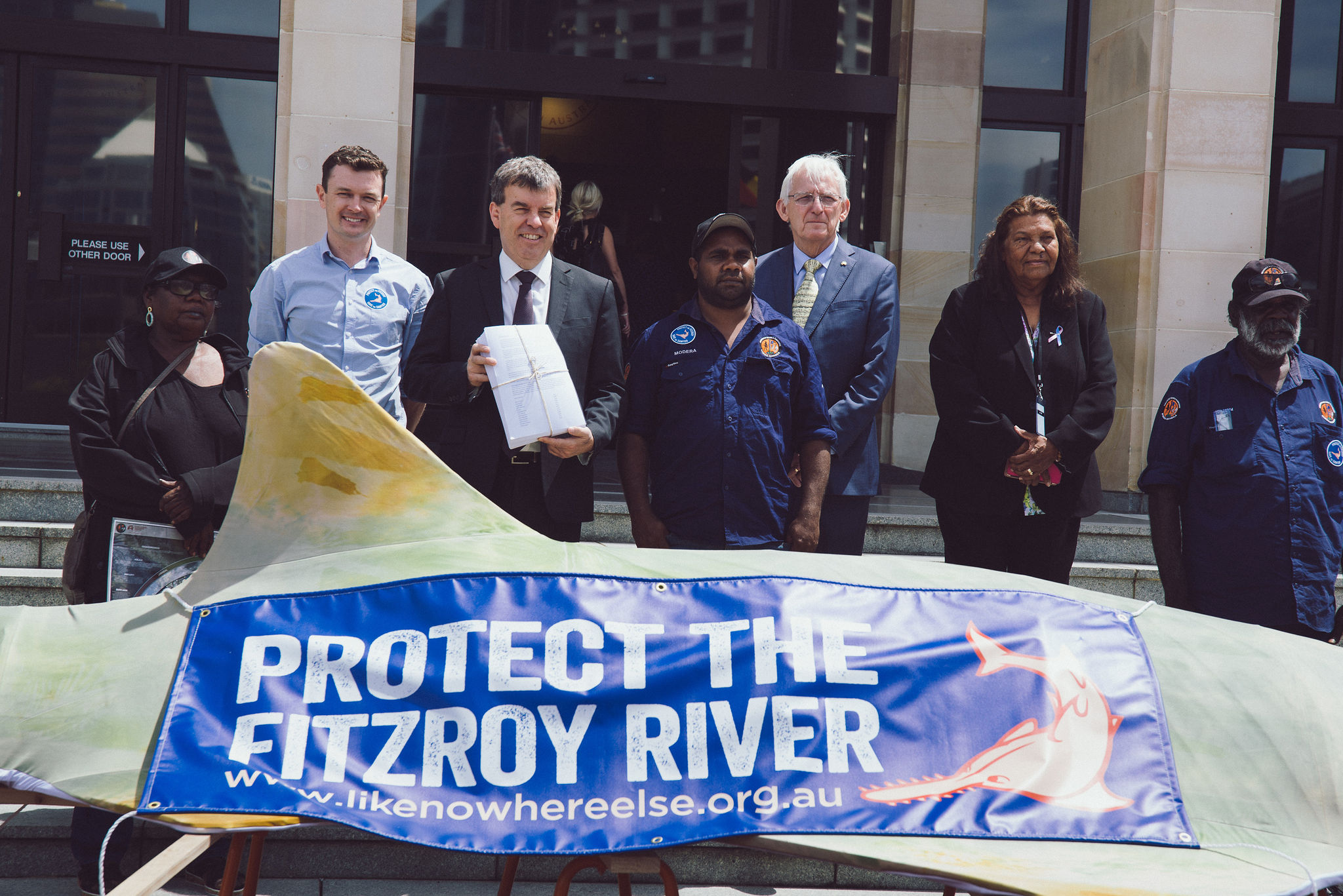 Linda Nardea, pictured left above, is a Nyikina Mangala Traditional Owner whose country is where the sawfish deaths occurred.
She travelled to Perth for the event and said to the crowd “We want to protect those sawfish, Biyal Biyal we call them. We don’t want anything happening to this Fitzroy River, we’re telling Premier McGowan, we want this River to be like it was 40,000 years ago and from the Dreamtime, Boogadigadda, as it was passed down from our ancestors.”