A photography exhibition showcasing the natural wonders of the Fitzroy River brings the beauty of the Kimberley to the Rockingham community.

The exhibition, The Fitzroy River: Lifeblood of the Kimberley, boasts stunning photography from Western Australian photographers Damian Kelly and Adam Monk, and treats locals to the extraordinary natural landscapes and wildlife of the National Heritage Listed Fitzroy River.

The photography showcased in the exhibition shares the story of the river and the Traditional Owners who have lived there for tens of thousands of years.

A spectacular seven-metre sawfish art installation also features as part of the exhibition, raising awareness of the remarkable array of wildlife the Fitzroy supports, including the world’s most important population of the critically endangered freshwater sawfish.

Event organiser Monique Barker (pictured) said “The exhibition celebrates the mighty Fitzroy River, Western Australia’s largest river and the lifeblood of the Kimberley, which is under threat from large-scale irrigation proposals.” 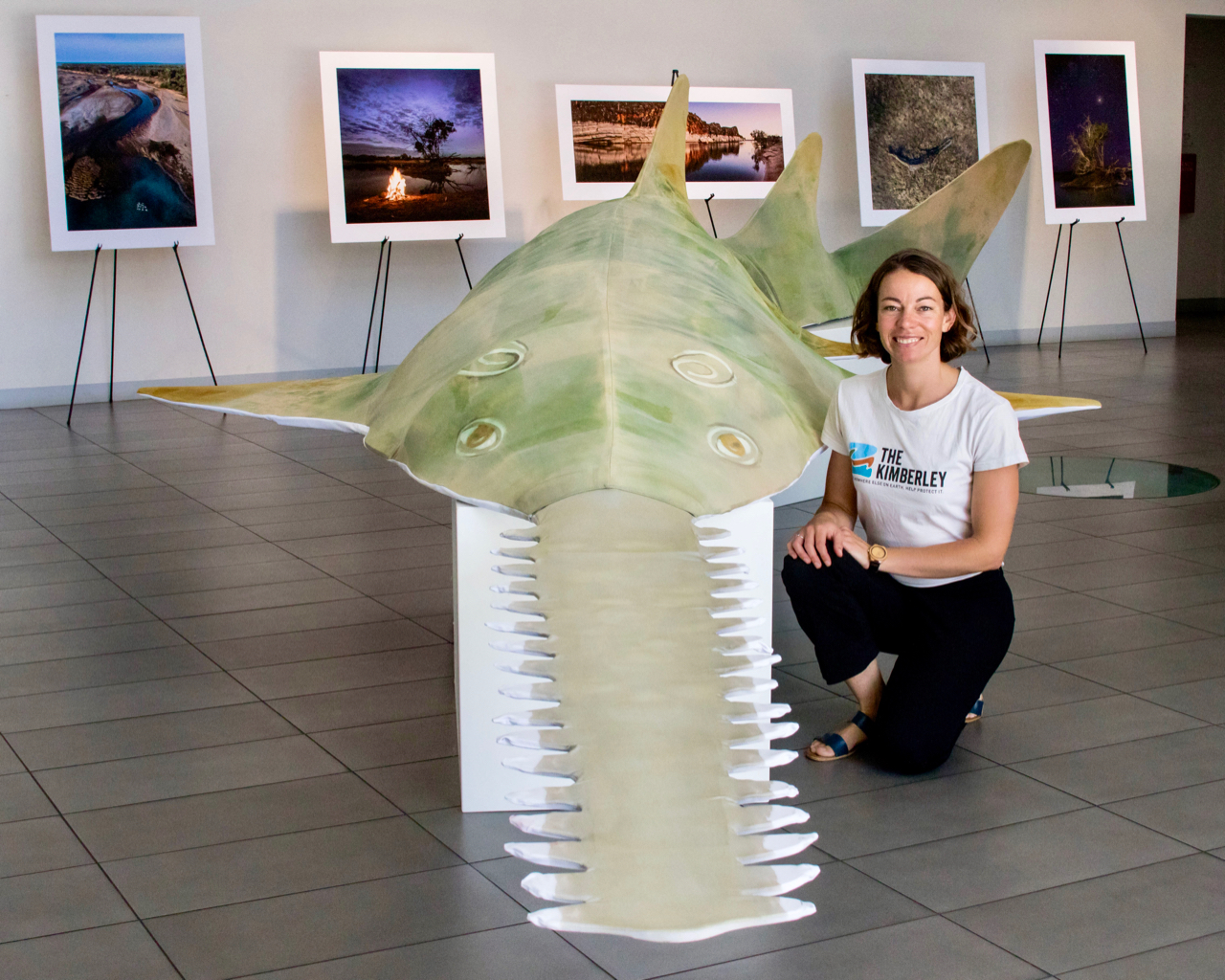 “The collection is a fantastic glimpse of the National Heritage Listed river - featuring the endangered wildlife, diverse landscapes and the unique Kimberley essence which make the Fitzroy River so special.

“The star of the exhibition is the custom-made, seven-metre sawfish model, demonstrating the spectacular size sawfish can grow to if they survive the threats from irrigation development, habitat destruction and climate change.”

The free exhibition will be open daily from 9am to 4pm until Sunday January 5 at the Gary Holland Community Centre in Rockingham, and was featured in local paper The Sound Telegraph.

The exhibition will be on tour other areas in Perth in early 2020, with exhibitions to be held in Kalamunda, Bicton, Mount Lawley and more.