Over 500 Fitzroy Valley locals gathered on the river-bed of the Fitzroy River for a concert to show support for protecting the Fitzroy and Margaret Rivers.

Traditional Owners from several different tribes along the Fitzroy River called on the Premier to make sure no water would be extracted for large scale irrigation.

The Fitzroy and its tributaries including the Margaret River were National Heritage listed by the Commonwealth Government in 2011 due to the Aboriginal cultural values and their environmental importance.

The Fitzroy is at the centre of the debate of whether to open it up to Murray Darling style irrigation with mining magnate Gina Rinehart seeking 325 billion litres a year and NSW cotton and beef barons, the Harris Family, wanting 50 billion litres a year. This is considerably more water than what the 2 million residents of Perth, Mandurah, the Goldfields and Agricultural Region and parts of the South West used in 2016-17.

Traditional Owners voiced concerns about two fish kills (involving 46 critically endangered Sawfish and large Barramundi, a crocodile and Jabiru) on Liveringa Station as examples of what could happen if large amounts of water were to be taken from the Fitzroy River or its tributaries for irrigation. 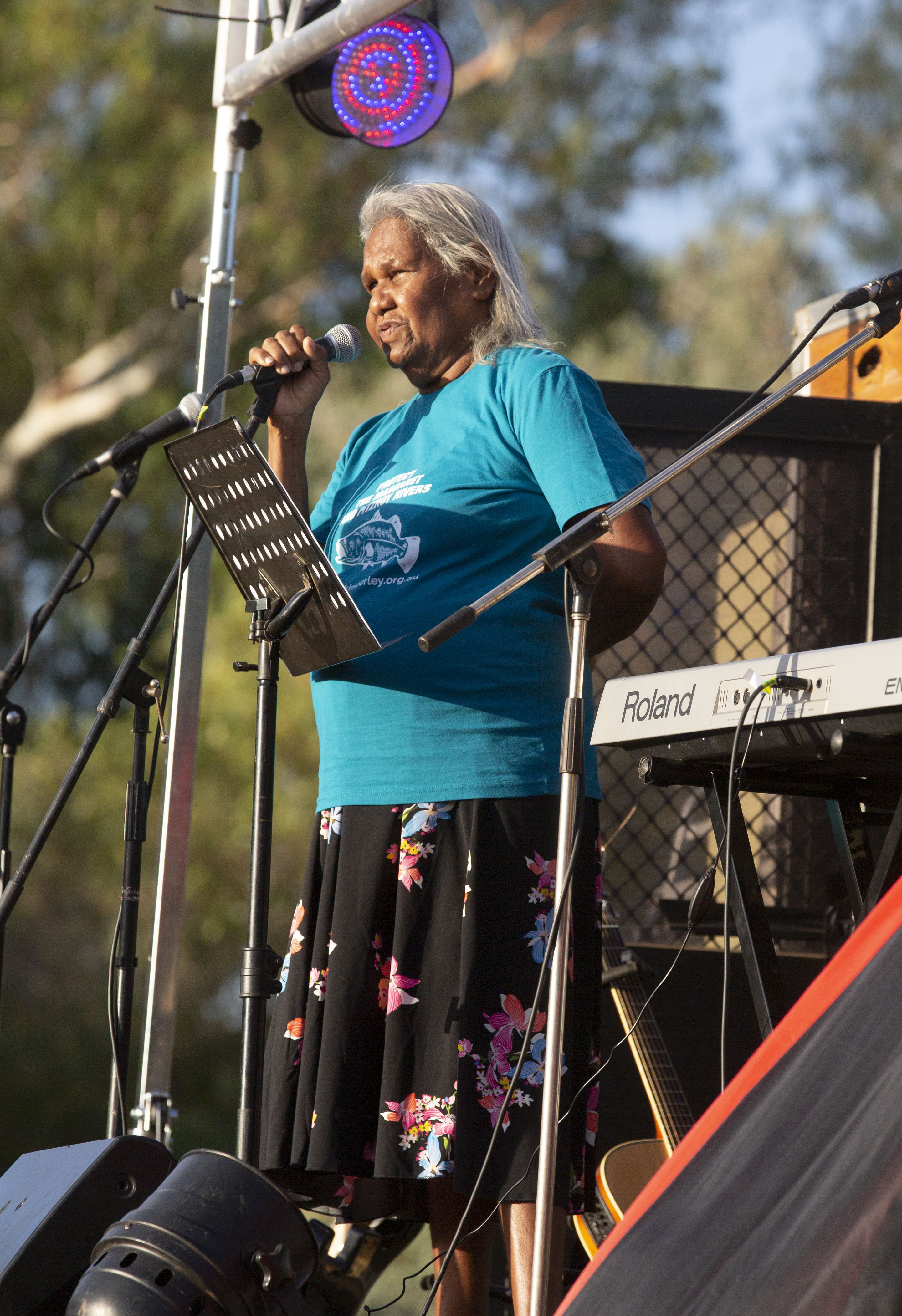 “We are here to protect the Fitzroy and Margaret River from development. It's important to all of us Aboriginal and non-Aboriginal people who enjoy this river for fishing and for taking children swimming, camping and learning about the environment. It’s important for everyone to support us the Traditional Owners and Elders and all the groups who live off this River.
“We’re here to protect the Fitzroy River. We’re asking the Government to protect our River, our catchment.”
Mary Aiken, Bunuba Traditional Owner 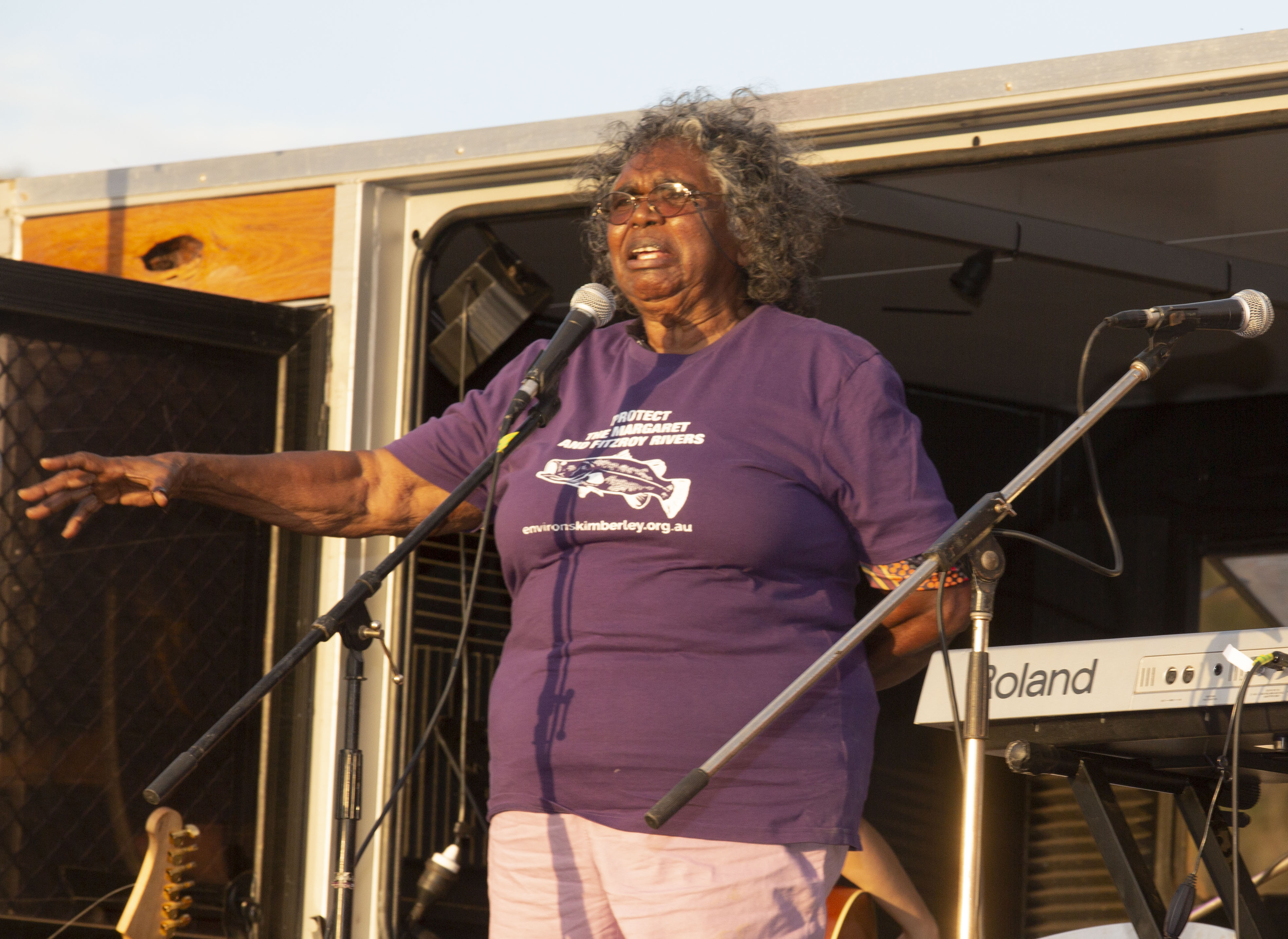 “We are not going to allow people to take the water out of this River. We don’t want to see dead fish like the Murray Darling. We’ve got to stand up for the Fitzroy.”
Kankawa Nagarra (Olive Knight), Bunuba Traditional Owner 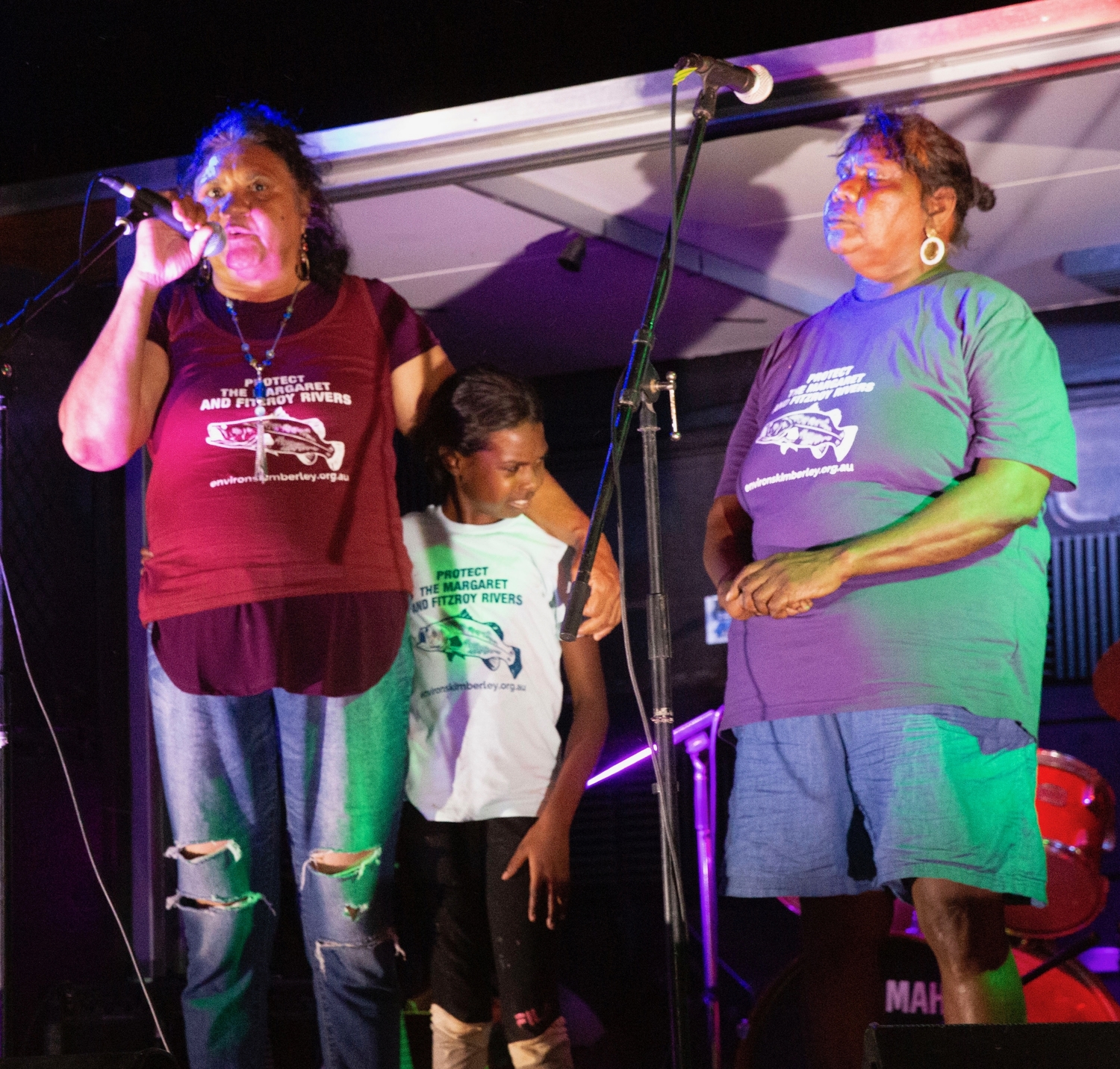 “We need to be united together to protect our River. We need to all unite together, all language groups and stand up so the government and Premier McGowan can hear our voice, to protect our River for the future of our children.”
Rosita Shaw, Nyikina Mangala Traditional Owner (pictured left)

“We want to protect those sawfish, Biyal Biyal we call them. We don’t want anything happening to this Fitzroy River, we’re telling Premier McGowan, we want this River to be like it was 40,000 years ago and from the Dreamtime, Boogadigadda, as it was passed down from our ancestors.”
Linda Nardea, Nyikina Mangala Traditional Owner (pictured right) 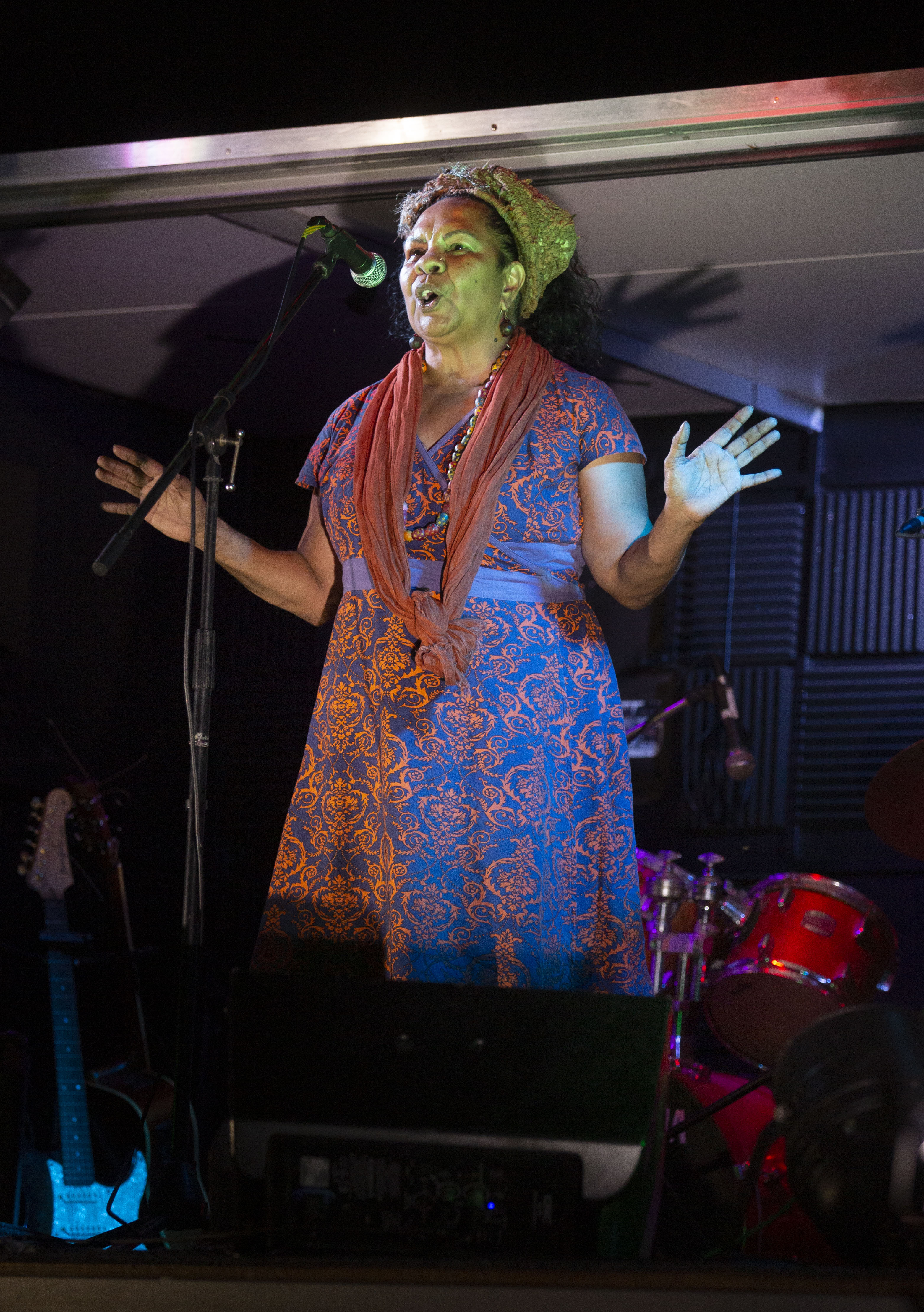 “This is about all of us standing for the River - we are all connected to one living River system. This River has a right to life and we as people must stand and defend the Rivers right to life.
Nyikina Mangala people are downstream and we are the ones who will be most impacted by what happens upstream. We must stand united. We need to stand together united, we need to stand together for the whole River.”
Dr Anne Poelina, Nyikina Mangala Traditional Owner 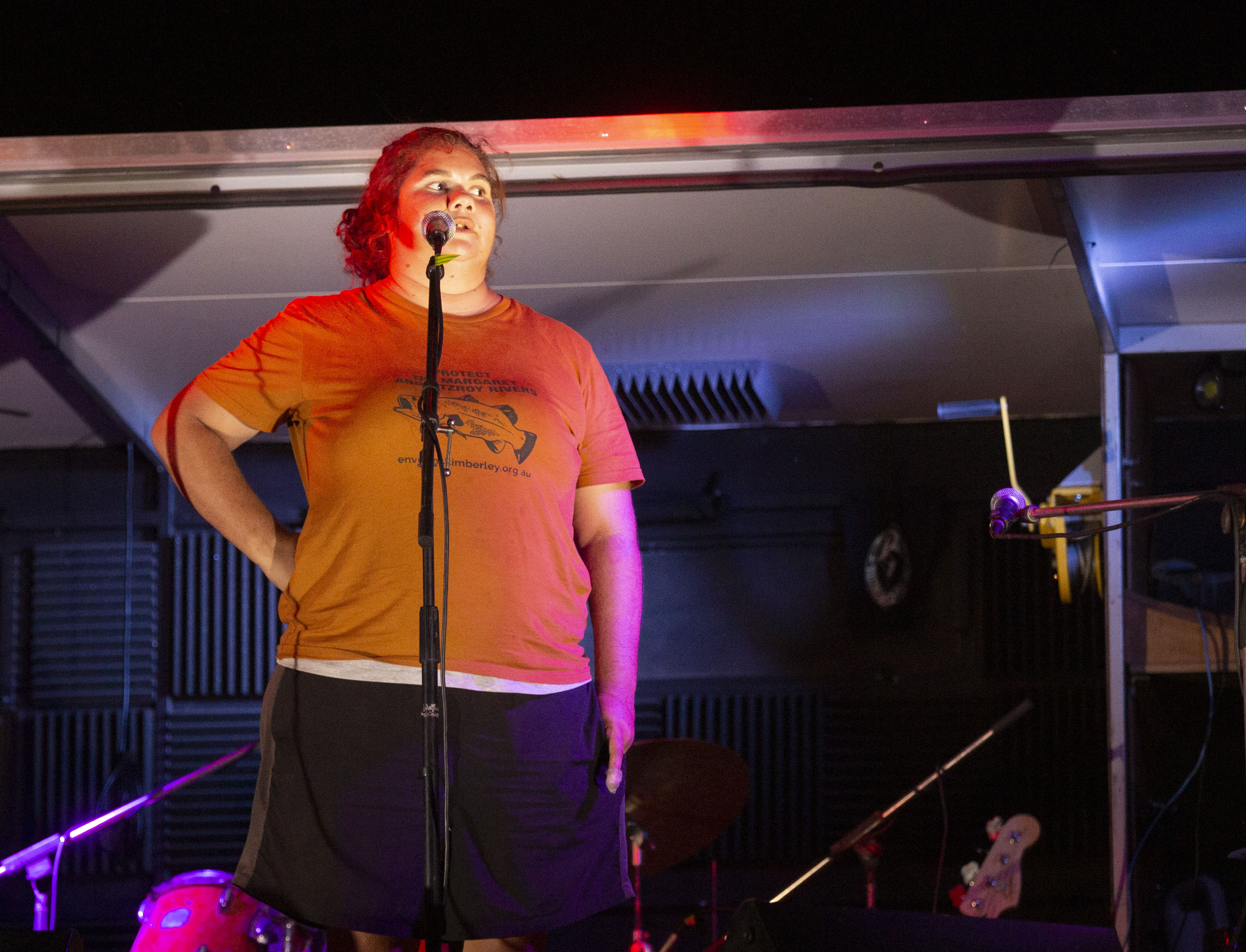 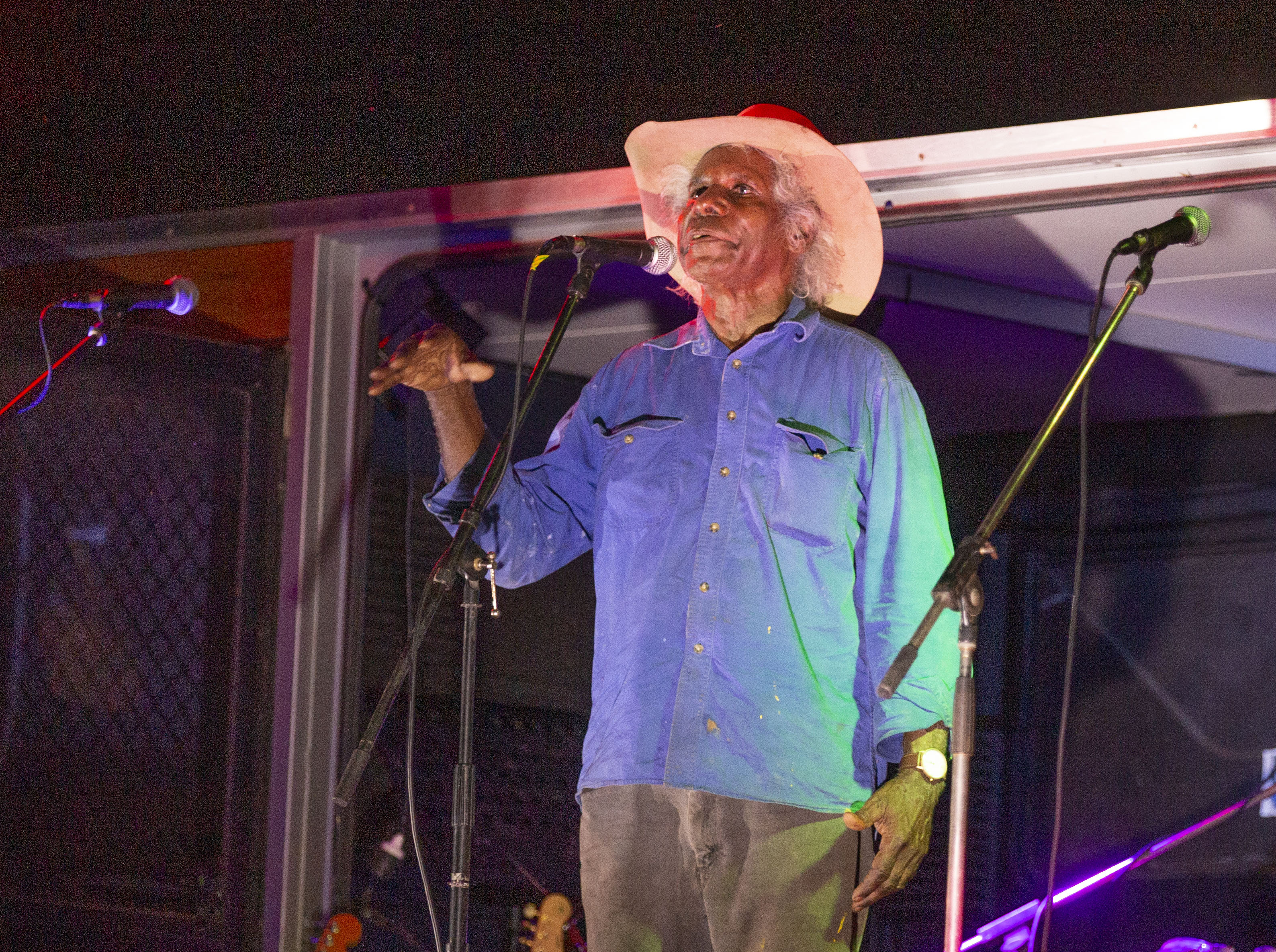 “This is the mother’s River, people have been born along the riverbed all the way from top to bottom. At the same time, there’s a songline and that’s why we care for the River. This River is crying for help, it needs our help, we’re not going to let it go, we’ve got to save our River. This River is for everybody, for all of us, we’ve got to protect this River. We’ve got support one another right up from the top, Jaru and Kija, Ngarinyin, Bunuba, Goonyiandi, Walmajarri, Nyikina Mangala and Warrwa."
Mervyn Street, Goonyiandi Traditional Owner