5 Reasons why we need to keep the Fitzroy free flowing!

The Kimberley’s Fitzroy is a heathy, free-flowing river. Proposals for large irrigation projects would reduce water flow and increase pollution and are serious threat to communities, culture, wildlife and sustainable industries. Here’s 5 reasons to protect the river:

The McGowan Government is currently implementing their landmark election commitment to protect the Fitzroy River and support sustainable development. This promise also includes not allowing the river to be dammed and creating a new National Park. However, irrigation projects using water from the river have not yet been ruled out.

The Fitzroy is Australia’s only river that’s National Heritage listed for its exceptional cultural values – particularly the Rainbow Serpent tradition which spans across multiple Aboriginal language groups. The river flows through 350-million-year-old rocks and some of the world’s oldest archaeological sites are found within the region.

The Fitzroy River is very important to Aboriginal people for cultural use and for hunting for food. Some 25% of food consumed in Aboriginal houses comes directly from aquatic harvest that depends on a healthy, free-flowing river.

The Fitzroy River and its estuary provide critical habitat to the world’s most important population of critically endangered freshwater sawfish. Globally, sawfish have disappeared in >70% of its former range, and the Fitzroy River is crucial for their survival. 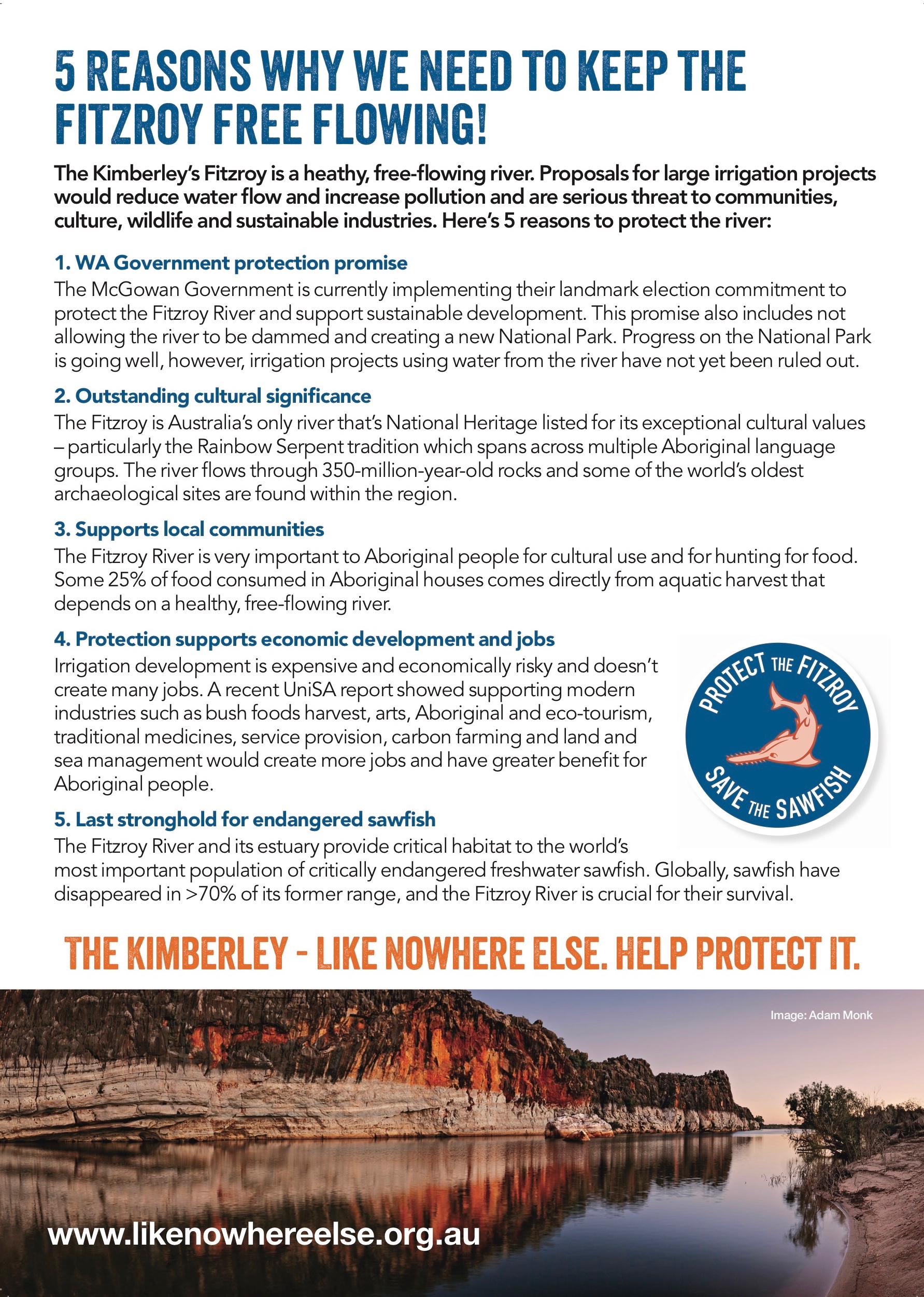