The unprecedented result is one of the biggest in WA’s history, with such widespread community support for an environmental issue.

People across Australia have made their position clear that damaging irrigation developments are not welcome in the Fitzroy River. 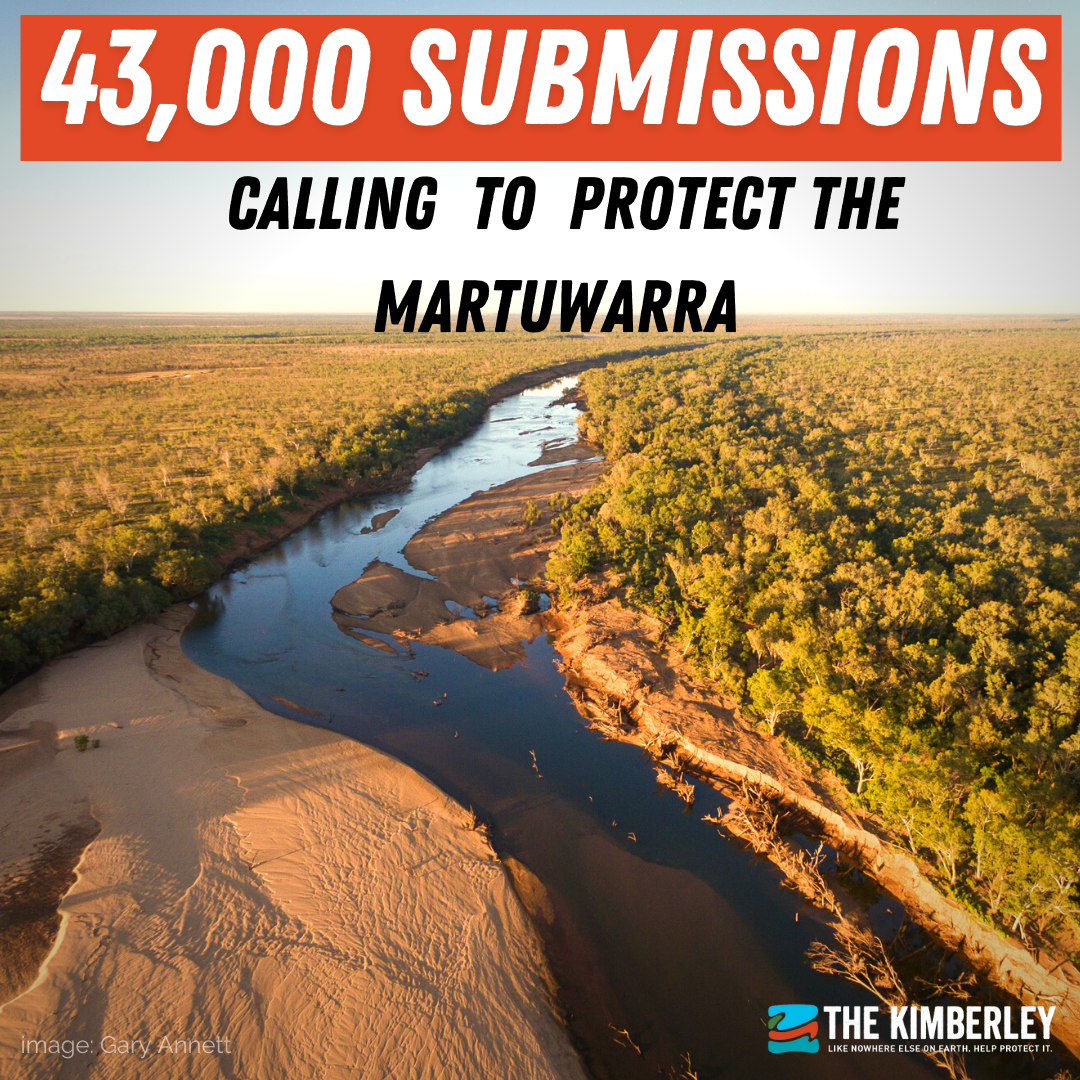 More than 12,000 submissions were made from Western Australians and 31,000 submissions from the rest of the country, all urging the government to stop plans for large-scale water extraction from the National Heritage Listed River.

The discussion paper, which closed for public consultation on Tuesday August 31, considered scenarios to extract more than 408.5GL, including 300GL of surface water from the Fitzroy River.

The Kimberley – Like Nowhere Else campaign coordinator Monique Barker said the response to protect the Fitzroy River and to prevent another Murray-Darling disaster had been powerful.

“The Martuwarra Fitzroy River is loved by people across Australia and the world. It is a sacred Aboriginal Heritage site, a tourism destination, renowned for its barramundi fishing
and one of the world’s last wild and intact river systems, which is why we’ve seen so many people send messages to protect the river,” she said.

“We’ve seen the damage done to the Murray-Darling and nobody wants to see that happen to the Fitzroy River.”

Traditional Owners, scientists, environmentalists, recreational fishers, some pastoralists, and the local communities have all condemned plans to extract water from the river.You can be sure that together we have made sure the strong public support for protecting the River is impossible to ignore.

We cannot thank you enough for your unwavering support to protect the Fitzroy River and to prevent another Murray-Darling disaster.

Thanks for your help to keep the Fitzroy flowing!