It's been a big year working to support the delivery of the Government’s election commitments — to create a marine park around the thousand islands of the Buccaneer Archipelago and the long-term protection of the mighty Fitzroy River. 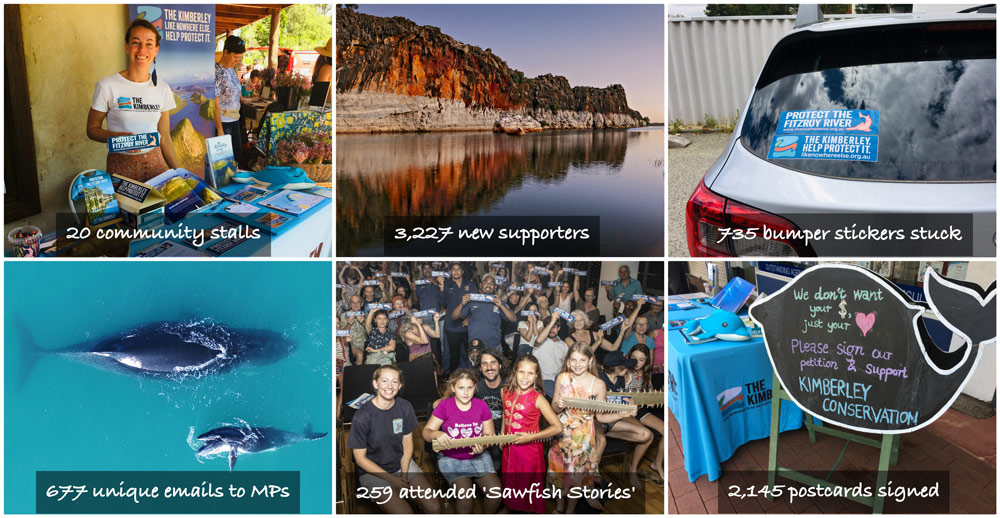 Major moments this year have been:

Next year the Government expects to continue with the Fitzroy River National Park, the Buccaneer Archipelago Marine Park, and to create a new water allocation plan for the Fitzroy as the first step towards a management plan for the river.

Thank you for being part of the year's journey — the passion of our Kimberley supporters is inspiring and the strength behind our ongoing success. We can't wait to kick more goals together in 2019 to secure permanent protection for magnificent places in the Kimberley!

Happy holidays to you and yours, 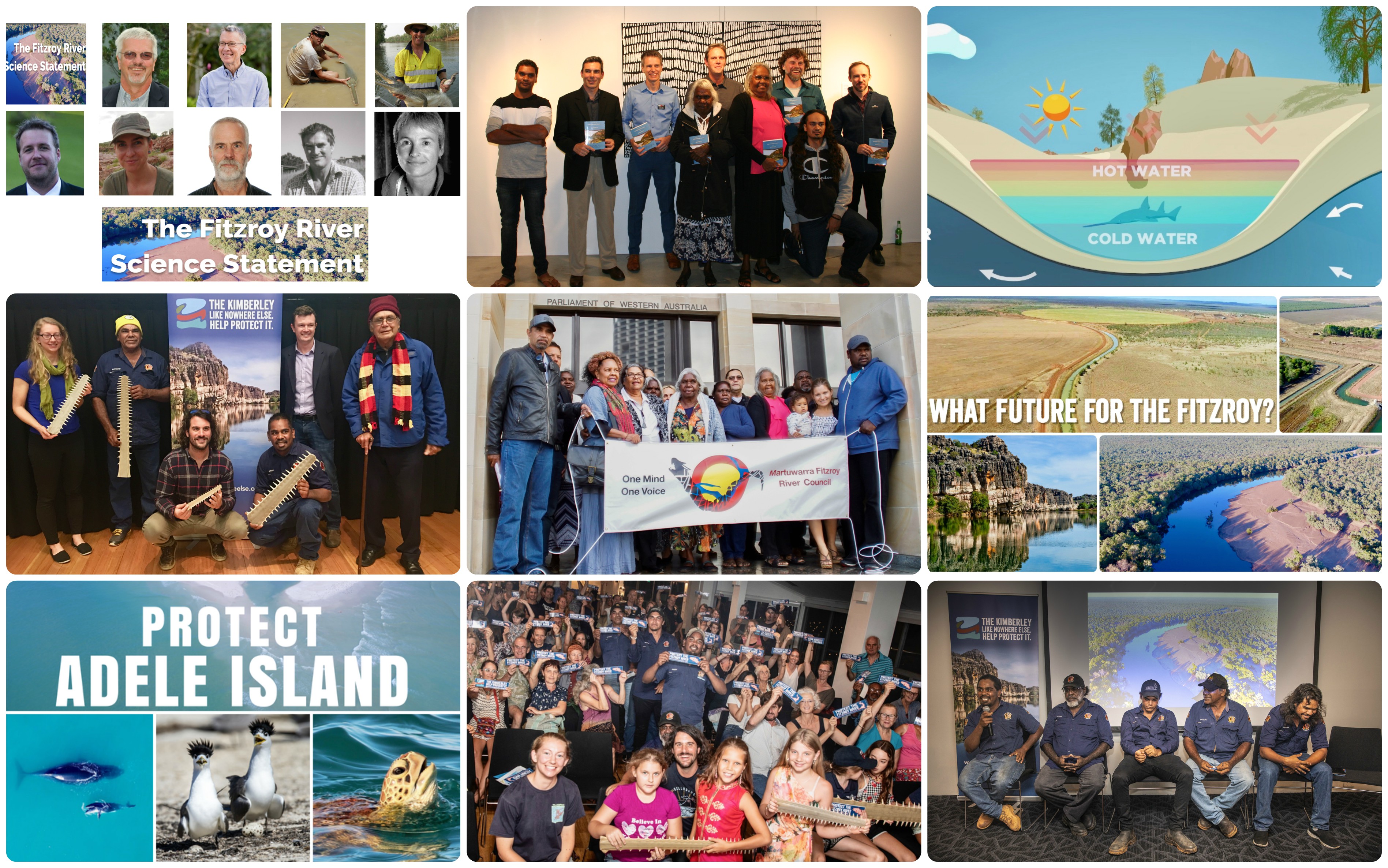 Images from top to bottom, left to right:

~ The Fitzroy River Science Statement was released in March, written by 9 river experts and signed by over 100 scientists
~ A Field-guide to Fishes of the Kimberley was launched in April, featuring 18 species that are only found in the Fitzroy River
~ We produced a short video called Desert River to highlight the Fitzroy's vulnerable boom-bust nature
~ 170 Perth folk enjoyed a great presentation from scientists and indigenous rangers at Sawfish Stories in June
~ The new Martuwarra Fitzroy River Council travelled to Perth in June to voice their views on river protection to the government
~ The extreme NAWRA report was the biggest threat to the Fitzroy in decades
~ The state government's decision to include Adele Island in the proposed Buccaneer Archipelago marine park was a great outcome
~ A packed room of Broome locals enjoyed hearing from Nyikina Mangala rangers and sawfish scientists in November