Water Grab Proposed for the Fitzroy

Urge the WA Ministers responsible for the Fitzroy's future not to sell the river out to Gina Rinehart’s Murray-Darling plans! 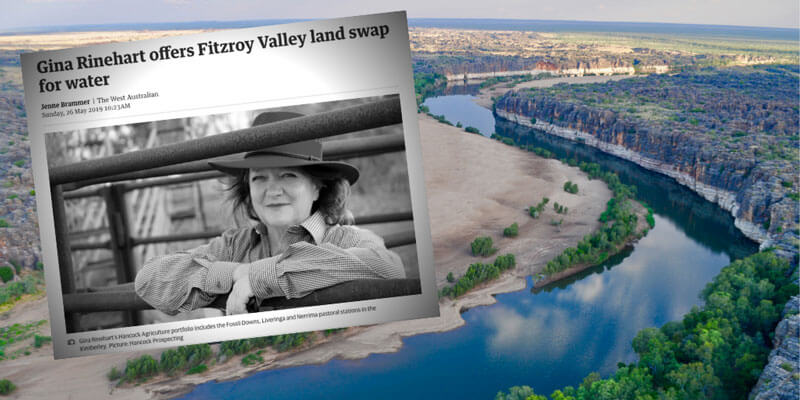