They were the powerful words spoken by Kimberley Land Council chair Anthony Watson at Parliament House yesterday and echoed by the hundreds of people who marched alongside Traditional Owners.

Traditional Owners from across WA marched from Kings Park to Parliament House calling for the WA Government to protect Aboriginal Heritage and the Martuwarra. 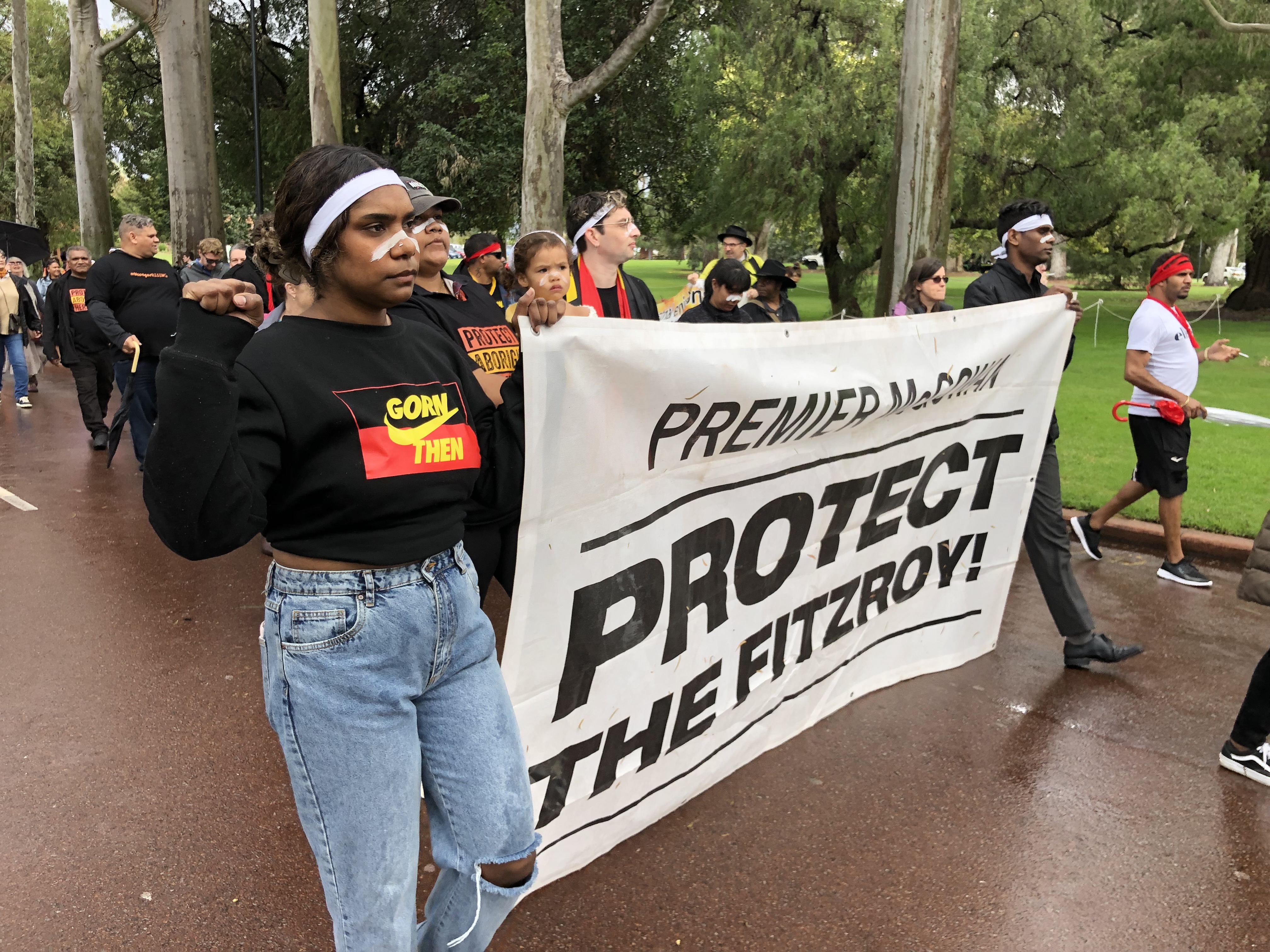 The Kimberley Land Council delivered a petition to WA's Aboriginal Affairs Minister on the steps of Parliament, calling for the protection of the National Heritage Listed Fitzroy River. 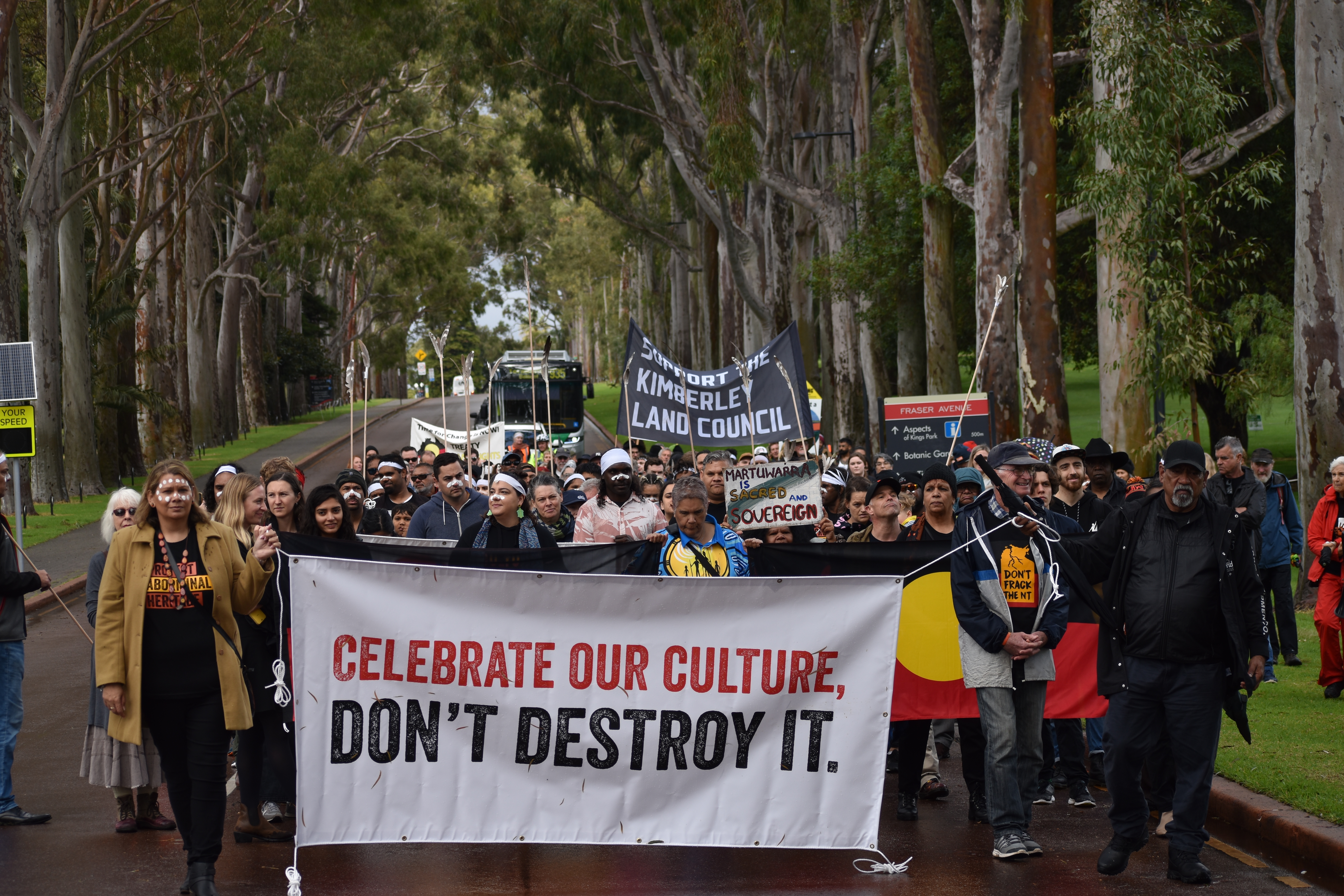 Traditional Owners have never consented to extraction of water from the Martuwarra. They are urging the WA Government to work with them to protect the living waters of the River and to co-design the proposed Aboriginal Heritage laws to ensure the protection of sacred sites. 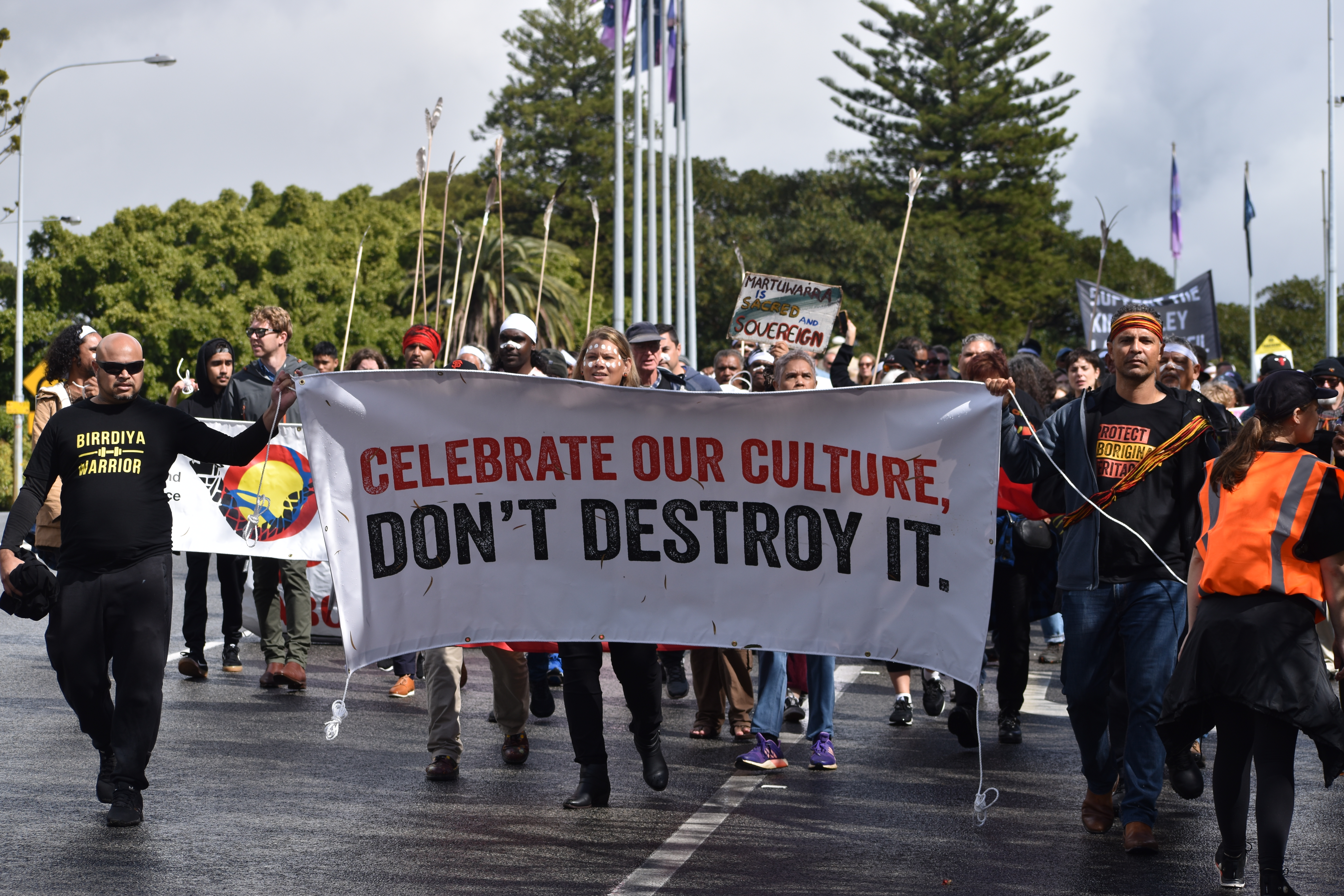 There's only one week left to help protect the Martuwarra Fitzroy River: www.protectthefitzroy.org.au