They are the powerful words from the Kimberley Land Council highlighted in today’s West Australian Newspaper in an advertisement calling for WA Premier Mark McGowan to protect the Martuwarra and work with Traditional Owners to create sustainable jobs.

The advertisement is appearing in the paper because a major decision is looming on whether to protect the river or open it up to damaging irrigation developments. We need to let the Premier know that 2022 is the year to protect the Martuwarra Fitzroy River! 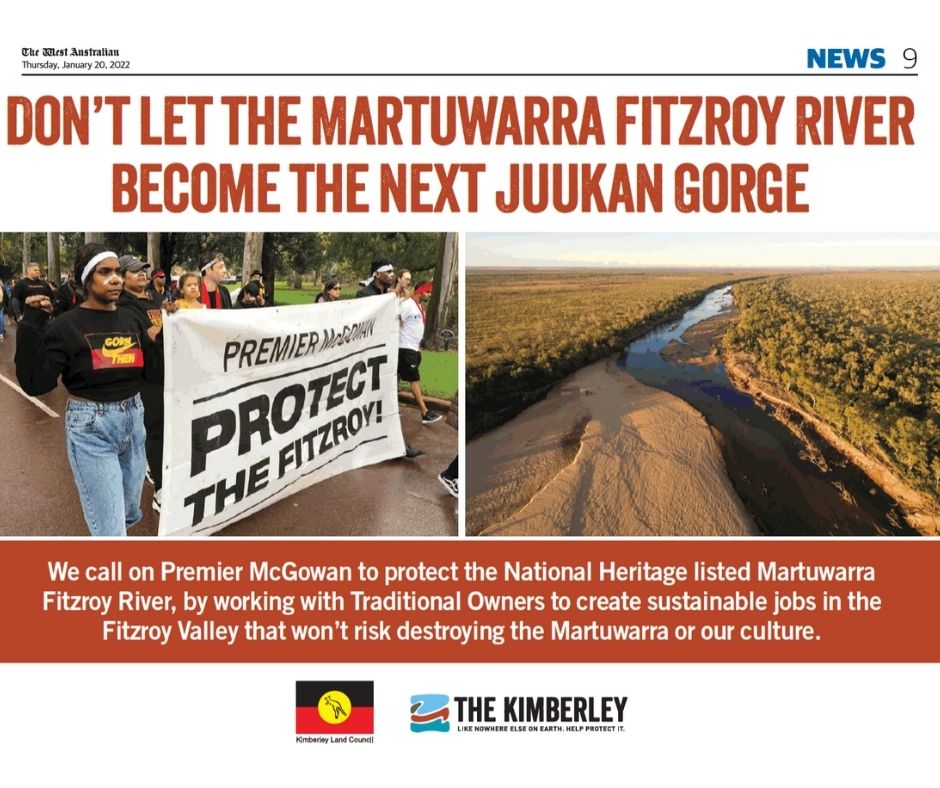 Last year, you helped ensure a record breaking 43,000 submissions were sent to the WA Government calling for the river to be protected in response to the Fitzroy River Water Discussion Paper.  The paper pitted river protection against proposals to pump more than 300 billion litres of water from the river, risking a cultural and environmental disaster.

Now it is time to urge the Premier to listen to this overwhelming public support and the voices of Traditional Owners, and ensure the river gets the protection it deserves.

We can’t thank you enough for your continued support to keep the Martuwarra Fitzroy River flowing and hope we can count on you again now.

January 20, 2022
By Hannah Cross, The Sound Telegraph Kimberley Traditional Owners and organisations are banding together in their fight to protect WA’s largest living river system from...
Read more 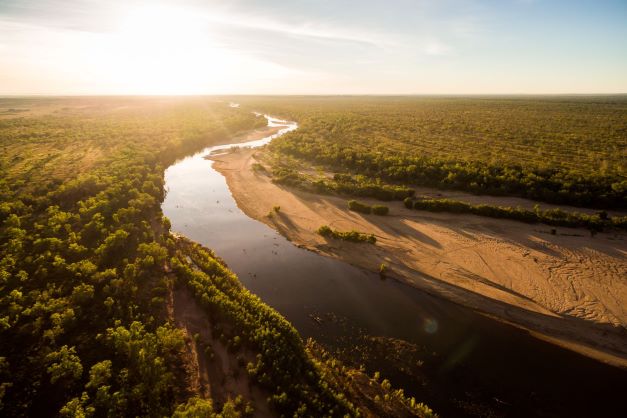 December 24, 2021
What a massive year it’s been for the Kimberley! Despite another year living with the challenges of the pandemic, you showed us your passion for...
Read more